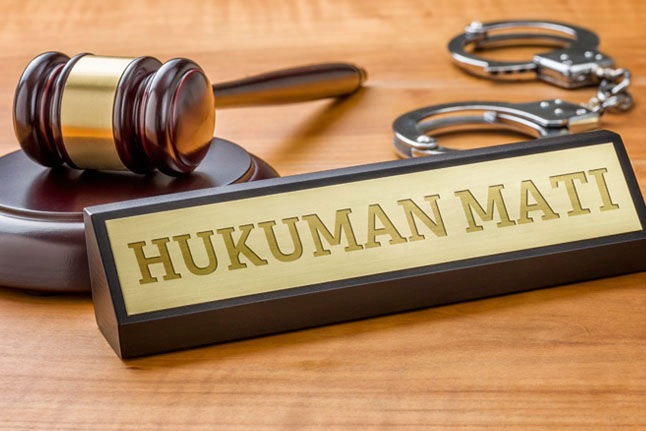 Jakarta — The existence of an article regarding the death penalty but with the obligation of probation in advance in the Criminal Code which was recently passed by the DPR RI some time ago, is an attempt to uphold the principle of humanity.

Acting Director General of Legislation (Dirjen PP) Dhahana Putra explained that the existence of a regulation in the new Criminal Code regarding the mandatory 10-year probation period for death row convicts is a way out.

Not only a way out, but according to him it can also become an intermediary regarding the existence of pro and con ideas so far regarding the death penalty.

“So this is a middle way, we still regulate the death penalty but in practice it is given probation for 10 years,” he said.

Dhahana added that after undergoing the probationary period, death convicts will then be given an assessment.

The assessment becomes a recommendation for the continuation of the sentence that will be applied to him, whether he will still be sentenced to death or be changed to life imprisonment.

“After 10 years there will be an assessment. Earlier I conveyed that from prison officials, the community, psychologists as well as from other agencies, that’s the mechanism,” said Dhahana.

In this assessment, if for example a death row convict is said to have good behavior and can change, then the President will issue a Presidential Decree (Keppres) to convert his death sentence to life imprisonment.

“Later, when the team makes a recommendation, whether or not the person concerned deserves a change in sentence. If he doesn’t deserve it, he will be executed, and if he is fit, a Presidential Decree will be issued to change the death penalty to life imprisonment,” said Dhahana.

For information, in Article 100 of the new Criminal Code, it is stated that a judge can impose a death penalty, but with a probationary period of 10 years.

At least, there are two things to pay attention to, namely the first is whether there is a sense of remorse from the defendant and whether he has hope to improve himself. Then the second is how the role of the accused in the crime.

Then, it is contained in Article 100 Paragraph (4), which states that if during the probationary period the convict shows a good attitude, the death penalty imposed on him can be changed to life imprisonment.

Of course, all of these decisions are made by the President and are based on the consideration of the Supreme Court (MA).