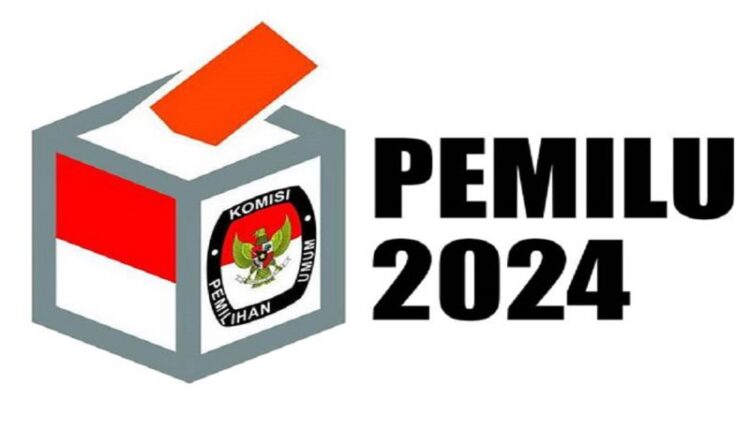 General Elections (Elections) in Indonesia should be carried out peacefully without interference and free from dropping each other. The elections to be held in 2024 must of course be peaceful elections in order to prevent divisions from occurring among the people.

The Indonesian Ulema Council (MUI) for the Special Region of Yogyakarta has called on all elements of society and government who will later be involved in the 2024 election process to create a harmonious and conducive atmosphere. It is hoped that the processes and stages of democracy through elections will not use unhealthy methods that will harm the life of the nation and state.

Chairman of DIY MUI, Prof. Machasin said, entering the political year ahead of the 2024 Election, phenomena and the potential for friction between communities must be anticipated. The participants, be it elements of political parties, volunteers and figures involved, were asked not to use the election arena only as a tool to achieve short-term goals which could prove fatal for the journey of democracy.

Prof. Machasin said, Election is a party of the people, a party of democracy. Different choices are certainly not wrong, but how can these different choices not tear society apart? Don’t use anything, be it religion, culture or anything else for short term interests that will harm the nation’s journey in the long term.

He added that certain values and ideologies promoted by each candidate or political party are of course legitimate to be used as a tool to gain constituent sympathy. It’s just that it doesn’t lead to wrong interpretation and is used exclusively. The potential for an increase in such phenomena must be watched out for not only at the grassroots level but also in cyberspace or social media.

Prof. Machasin also revealed that his party asked the public to be smarter, more critical and mature in responding to what was spread in the mass media, online or social media. Everyone must be responsible for himself. Do not forget that we are all brothers.

Meanwhile, Deputy Chairperson of the DIY MUI, Zuhdi Muhdlor, said that in line with its function, the MUI will prioritize the implementation of amar ma’ruf nahi munkar in facing the next election year. Transactional politics with the lure of promises, money and so on, of course, must be avoided because it tends to produce incompetent leaders.

On a different occasion, the Vice President, Ma’ruf Amin hoped that the form of campaigning in the legislative and presidential elections (Pilpres) would not be identity-based but program-based.

In addition, in conveying their programs, election contestants must prioritize politeness and mutual respect for one another. Of course, there must be an attitude of being ready to win and ready to lose when participating in the 2024 elections.

Ma’ruf also said that political choice is the right of every citizen. Therefore, one should not blaspheme the choices of others so as to cause mutual enmity.

Indonesia should be a country that should be set as an example because the diversity of ethnicities, languages and religions can be combined with a unified language, namely Indonesian.

The conduciveness and stability of national security must not be sacrificed for the sake of fulfilling the political desires of certain groups.

In contests such as presidential or regional elections, conflicts between candidates still occur frequently and this involves both supporters in the real world, such as intimidation by sympathizers because of different shirts, as well as intimidation in cyberspace which is often colored by hoax news and efforts to delegitimize the KPU as an independent institution.

The black campaign model is also often found in every democratic party. Starting from the politicization of mosques to the spread of hate speech, as well as hoax news that is widely coloring the virtual world.

Elections are actually a means to select credible candidates for leaders. That way, the quality of prospective leaders is largely determined by the election process.

Therefore, it is important for the community to elect a candidate for a leader who is seen as credible, of course the community cannot abstain, because this will only benefit candidates who are not credible.

It is appropriate for political elites and election participants to declare that they are ready to win and ready to lose, on the basis of accepting defeat with high sportsmanship, and winning without demeaning their opponents.

On a different occasion, the Indonesian Journalists Association (PWI) Lampung, stated its readiness to oversee the stages of the upcoming 2024 election. In front of Lampung KPU members, PWI Lampung is committed to sticking to independence and being neutral in the 2024 elections.

PWI Lampung is also ready to collaborate with KPU Lampung, if needed to socialize the stages of the 2024 Election. Be it in terms of reporting, discussions and so on.

Ensuring peaceful elections to be held peacefully is the duty of various elements of society, maintaining peace is the same as protecting Indonesia .

)* The author is a contributor to the Nawasena Institute Contributors

The National Criminal Code was Formulated Through a Long Process

Increase Collaboration to Create a Safe and Peaceful 2024 Election