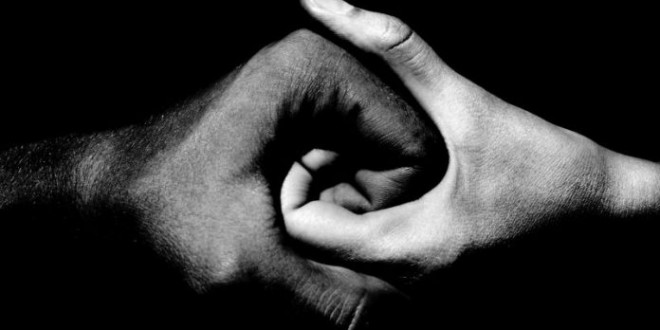 Radicalism must be prevented from an early age, from the smallest environment, namely the family environment. The reason is because the family is the core environment to shape one’s personality.

When a member of a radical group dares to attack in a public place, he is immediately arrested by the security forces. Then an investigation was conducted regarding his education, environment, and family. However, from several cases of radicalism and terrorism, most parents do not know if their children are involved in terrorist groups.

Whereas family is the first protector of all negative teachings, including radicalism and terrorism. Don’t let people with the status of parents ignore their children or think they are okay. However, the child secretly joins a terrorist group and plans attacks and bombings.

Tarwilah, Lecturer at Antasari State Islamic University Banjarmasin, stated that efforts to eradicate radicalism require comprehensive steps, in the form of preventive and handling efforts. In the context of preventive measures, the family environment plays a very important role in preventing the growth and development of the seeds of radicalism.

In a sense, preventive steps can be taken so that children do not fall into radicalism and terrorism. Society needs to understand that the family is the main protector, and don’t just let children play as they please. If there is teaching and monitoring, children will understand how dangerous terrorist groups are.

The first step to prevent terrorism from within the family is to tell them what terrorism and radicalism are, their history, and their dangers. Don’t cover it up because children must understand and get the right understanding. If they know the history of terrorism, they will understand why this understanding is banned in Indonesia, because it is not in accordance with Pancasila and Bhinneka Tunggal Ika.

Then, parents can keep an eye on their children’s social interactions. Don’t let them go out too often with their friends and forget to go home, even staying for days. Even though a child is already in his teens, until he is 17 he is still dependent on his father and mother, don’t let him get too released because he can get caught up in promiscuity and be seduced by terrorist and radical groups.

The association of children on social media must also be monitored. This is not an act of possessiveness or an invasion of privacy. But as an effort so that children are not exposed to radicalism from social media. Occasionally ask who the people you follow on social media are, whether they are teachers, artists, or other figures. Children will tell stories and parents can understand that they don’t know radical figures on social media.

To make children more open to parents, parents don’t educate too hard because children will be lazy to start communicating. But it is mandatory with a democratic and open upbringing. Children will tell anything because they will not be afraid of being criticized or cursed at.

Do not let children become closed and then ‘run away’ by opening many sites and social media accounts, because he can find an escape. This condition is exploited by radical groups seeking new members. Children who are too introverted and stressed are recruited as new cadres and brainwashed. It was proven when there was a terrorist arrest, when the parents were interviewed, they admitted that their child was too secretive, so don’t let the child go the wrong way.

Meanwhile, Head of BNPT (National Counter Terrorism Agency) Komjen Pol. Boy Rafli Amar, stated that anti-radicalism education from the family is the main thing. Do not let children lead to crime, including terrorism.

This means that anti-radicalism education needs to be taught from an early age, especially from the family. Mothers are children’s first educators and teach about the dangers of radicalism and terrorism for Indonesian people. Children will understand why there have been terrorist arrests, why radical mass organizations have been banned in Indonesia, etc. They will not want to be acquainted with radical groups because they know the dangers.

Therefore, people are asked to always update the news so they are not surprised if their children ask questions about terrorism and radicalism. They must answer correctly so that the children are satisfied, then avoid radicalism as soon as possible. Don’t let children be exposed to radicalism from an early age because their parents don’t know what terrorists are.

To prevent radicalism and terrorism in Indonesia, it can be started from the closest environment, namely the family. Parents must instill national values, nationalism and pluralism. They also teach their children about the dangers of terrorism and radicalism, and continue to monitor so that their association does not go wrong. Don’t let a child be recruited as a terrorist and his parents don’t know about it.