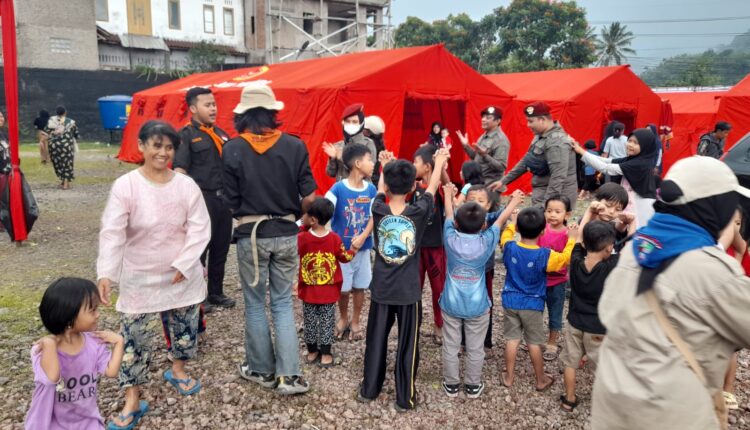 In this regard, Deputy VII BIN, Prabawa Ajie, said that BIN had established an Assistance Post for the Cianjur earthquake victims shortly after the disaster occurred.

“There are three posts established. Among them is one refugee tent with a capacity of 60 people. This tent contains 57 refugees from Cijedil Village consisting of 20 men (adults), 24 women (adults), and 13 babies, “said Brigadier General Ruddy.

Then, continued the West Java Kabinda, two refugee tents with a capacity of 25 people. This tent is for health workers in order to provide health service assistance to the community.

“West Java BINDA brought the logistics of Humanitarian Assistance to the BIN Headquarters for earthquake victims in Cianjur Regency. As many as two trucks of logistical assistance from BIN Headquarters have arrived at the Command Post, and will continue to increase according to field needs,” explained Brigadier General Ruddy.

Apart from providing logistical assistance and food ingredients, BIN also provided treatment to earthquake victims in Cianjur Regency. The Head of West Java BINDA hopes that the assistance distributed by BIN can help residents affected by the disaster.

“BIN in this case, expresses condolences to the victims who died, and as a form of solidarity, BIN through BINDA West Java provides humanitarian assistance in the form of daily necessities, and hopefully can ease the burden on the community,” concluded the Head of West Java BINDA .