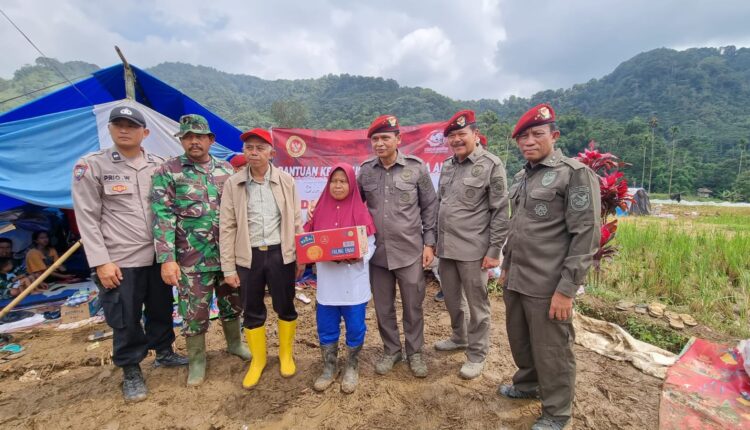 Cianjur – The implementation of humanitarian operations and health services by the State Intelligence Agency (BIN) received appreciation from various parties, including the victims of the Cianjur earthquake. One of these was conveyed by Iyun, a resident of Cibeureum Kaler Village, Cibeureum Village, RT 02 RW 01 Cugenang District, Kab. Cianjur.

He explained that currently he is still living in the evacuation tent because the house he owns has been destroyed by the earthquake. On the other hand, he has yet to find a new place to live and is worried about aftershocks.

Iyun also added that the residents in the evacuation sites still needed help because many residents had their houses destroyed. The assistance needed includes groceries, medicines and baby equipment.

“In the future, hopefully there will be more. Here there is still much needed, needed like that, “he explained.

The number of refugees in RT 1 RW1 has so far reached 432 people. This number consists of groups of elderly, adults, to toddlers.

In the same place, BIN Deputy-VII Prabawa Ajie said that BIN was committed to exploring various places in Cianjur that needed assistance and health services. This is because residents in the evacuation camps began to be attacked by a number of minor illnesses, such as flu, fever, runny nose, and coughs.

“BIN provided a number of assistance such as ready-to-eat food, snacks such as bread, then staple food, and milk intended for children,” said Ajie.

Furthermore, Deputy VII BIN added that residents also said that the refugees needed prayer equipment. This was because many residents who fled only had clothes attached to their bodies when the 5.6 magnitude earthquake hit Cianjur on Monday (24/11).