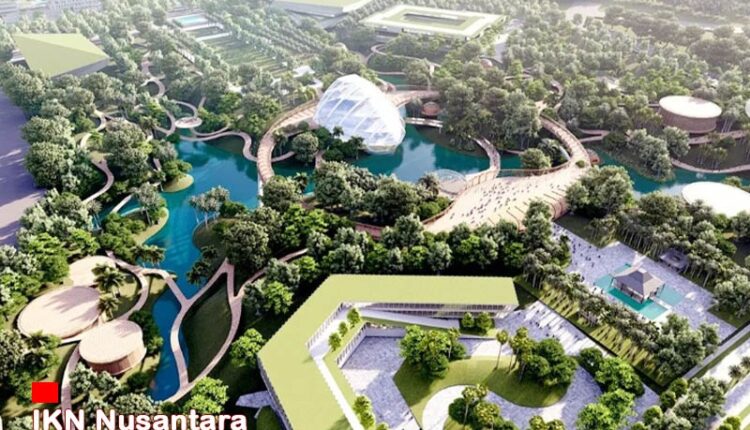 The government continues to accelerate the development of the Archipelago’s National Capital (IKN) in East Kalimantan. Apart from aiming to distribute development evenly, the presence of IKN is believed to be able to open new jobs for the community.

The construction of the IKN certainly requires a lot of manpower. The people who live in East Kalimantan must of course be involved to become local workers or the main force in building the IKN.

Member of Commission IX DPR RI, Rahmad Handoyo said that local workers who live in Kalimantan will be the main force in building IKN.

He also said that local workers were a priority in the development of IKN. If there is a shortage of manpower, human resources from other regions will also get the opportunity to work.

Handoyo explained that automatically the local workforce will become a priority. If it is lacking, then human resources from other regions can be given the opportunity. He believes that local residents will become the locomotive for the development of the IKN and this will of course be a positive value. The potential for selecting local workers is useful for supporting the development of IKN.

Handoyo considers that the determination of local workers is one of the steps in efforts to reduce unemployment in IKN. Based on the number of workforce requirements which of course will work for a long time until the IKN actually operates.

According to him, the construction of the IKN in East Kalimantan will have a big positive impact so that the community supports development in accordance with the mandate of the people through laws.

On a different occasion, Deputy Chairman of Commission I DPRD Penajam Paser Utara, Irawan Heru Suryanto, considered that the construction of the IKN infrastructure in the Sepaku sub-district would have an impact on reducing the unemployment rate in East Kalimantan.

Irawan said that, the large number of labor requirements for the construction of IKN could of course reduce the number of unemployed.

Meanwhile the East Kalimantan provincial government is only targeting a decrease in the open unemployment rate (TPT) this year by 0.37 percent.

The IKN project in East Kalimantan is not only a big wish for the government, but also as a generator for East Kalimantan where the presence of IKN seems to have brought big changes to Kalimantan.

The presence of IKN Nusantara in East Kalimantan is believed to be able to bring big changes to Kalimantan as a whole, both in terms of the economy, education, especially infrastructure whose development will be faster.

The Vision of Indonesia 2045 launched by President Joko Widodo (Jokowi) in 2019 is a description of the form of Indonesia at the age of 100 years of independence. At that time, according to this vision, Indonesia had become a sovereign, developed, just and prosperous country. Among other things, the marked success of Indonesia being ranked fifth in the world’s economic power.

To realize the Indonesia 2045 Vision, IKN Nusantara is prepared to become a region that encourages the creation of world class talent . So that Indonesia will be more ready to compete in the midst of the globalization era

Economic observer from the Muhammadiyah University of Yogyakarta (UMY), Achmad Ma’ruf, said that the transfer of IKN has multidimensional aspects for economic equality, geopolitics and state defense and security, as well as a matter of security from natural disasters.

Ma’ruf said that we must think for the entire archipelago. Indonesia includes Kalimantan and Papua too. Many people don’t understand the concept of the archipelago, their minds are not clear, and they criticize things that are not useful, such as causing divisions.

The transfer of the IKN also provides sustenance to local residents who may have been living in poverty. The main roads around the core area of the IKN government center are smooth. Their travel time to other big cities such as Balikpapan is shorter. Especially if the road through to IKN is through the Balang island bridge. This of course shows that the development of IKN in East Kalimantan can provide many benefits.

The involvement of the local community in the construction of the IKN is of course good news for the people in East Kalimantan, they not only get wages but also gain valuable experience as citizens involved in the development of the National Capital.