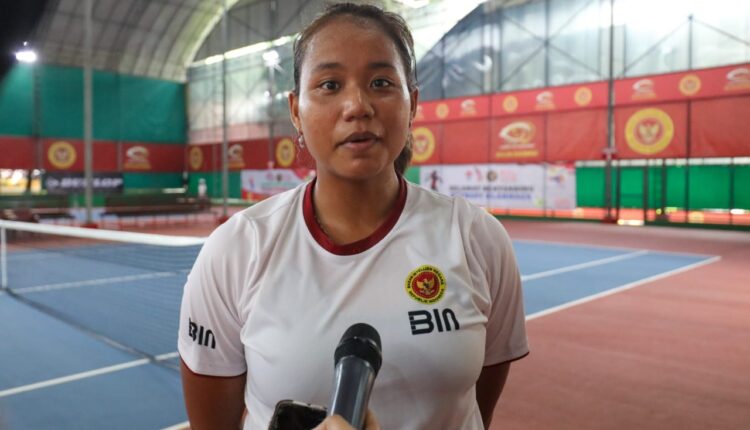 The Indonesian tennis athletes give their deepest appreciation regarding all the support and also the provision of very adequate facilities from the State Intelligence Agency (BIN) to encourage continued progress in national sports even on the international stage.

It is undeniable that the Head of BIN, Gen. Pol ( Purn ) Budi Gunawan, continues to provide full support to the national tennis athletes. Not just support, but he has proven concretely by providing all kinds of very adequate facilities so athletes can continue to focus on preparing for all their events in the upcoming 2023.

As is well known, since last Wednesday (14/12), 16 national tennis players have continued to compete in the 2022 National Tennis Invitation, of which 16 participants consisted of 8 male tennis players and 8 female tennis players. The event was organized by Yayuk Basuki Tennis School (YBTS) and also cooperates with the State Intelligence Agency (BIN) Tennis The club also received support from the Ministry of Youth and Sports ( Kemenpora RI). For information, the event will be held at the BIN Indoor Tennis Court until Saturday (17/12).

All national tennis athletes who compete in the event continue to compete to present their best game in order to win the title and are also entitled to a total prize of up to IDR 60 million. Of course, the amount of the prize was indeed given by the Head of BIN, who is also the coach of the BIN Sports Association (PORBIN) in order to motivate all athletes and coaches so that they continue to make many achievements. Not even half-hearted, Budi Gunawan will continue to provide a lot of bonus money for coaching as a motivation for all of them.

It is known, that in the event which has been held since Wednesday, it turns out that as many as two players have been proposed by BIN Tennis Clubs , namely Fitriana Sabrina and Fitriani Sabatini, both of whom made it to the final stage. The two players who are also brothers and sisters are representatives of BIN Tennis Club and so far their performance can not be doubted.

Knowing this very proud news , the BIN Tennis Coach, Suharyadi stated that he was very grateful to God for the achievements and accomplishments that were successfully inscribed by the two BIN Tennis representatives. That club . Not only grateful, but he also hopes that later the match played by the two brothers can become a very spectacular match to watch.

Reduction of Fitriana and Fitriani by BIN Tennis The club itself has so far been a mainstay. Even as far as the 2022 National Tennis Invitation, they both managed to defeat many of their opponents, ranging from junior players to their own seniors.

Meanwhile, General Pol ( Retired ) Budi Gunawan emphasized that since PORBIN was officially formed, the aim is to continue to improve the achievements of all national athletes, including tennis athletes, to run more smoothly.

PORBIN itself has mobilized all potential athletes and also the best coaches at the national level to be able to advance the national sports ecosystem. Furthermore, Budi Gunawan admits that he is very optimistic that these national athletes will continue to develop and achieve until they penetrate the international arena to make the nation proud.

On the other hand, the two players represent BIN Tennis Club , Fitriana and Fitriani, both did not forget to give a lot of very high appreciation for the leadership success that Budi Gunawan has proven to be real. The reason is, indeed all the achievements they have had so far cannot be separated from the important role of shamanism and the provision of facilities by BIN.

Fitriani stated that so far thanks to the guidance that has been given by BIN, she has managed to continue to develop until she has extraordinary performance and is the mainstay she is at today’s point. For the future, he admits that he will continue to increase his focus by training harder, especially in preparation for many events next year.

It cannot be denied that indeed the progress of national sports, especially in the national sport ( sports ) of tennis itself has recently experienced very rapid development. All of this is due to the maximum support and facilities provided by BIN during Budi Gunawan’s leadership era. So it’s no wonder, tennis athletes give a lot of their appreciation.