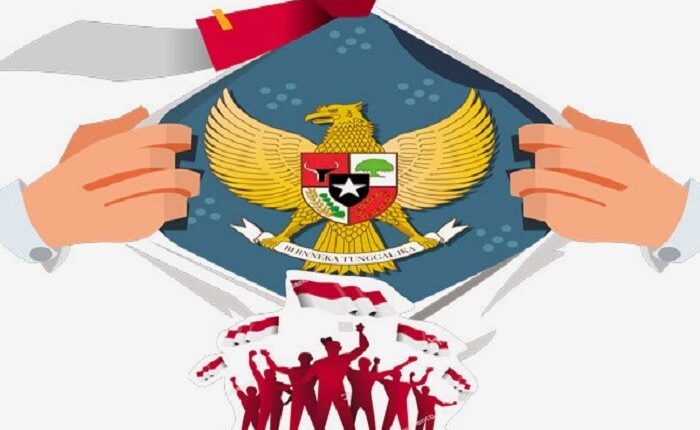 Pancasila is a national ideology that comes from the teachings of religion and the noble culture of the Indonesian nation. Therefore, the application of Pancasila values ​​has an important role in creating national harmony and bridging the diversity of society.

We need to know that the birth of Pancasila as the basis of the state is the result of the thoughts of the founding fathers of the nation taken from the essence of cultural values ​​and religious teachings. In Pancasila there are values ​​that are the basis of national life and make the social life of the Republic of Indonesia well organized.

Pancasila is also useful for creating harmony in the diversity of Indonesia. Pancasila is also able to stem the threat of radicalism and terrorism propaganda. The application of Pancasila values ​​in every aspect of the nation’s life is absolutely necessary so that Indonesia will not be dragged down by foreign values ​​and radical understanding and terrorism. Moreover, Pancasila can be integrated with local wisdom in accordance with the motto of this nation, Bhineka Tunggal Ika.

Pancasila uses a system based on communal community life. Thus, Pancasila should not be applied individually because its application will be ambiguous. In addition, socialization about the ideology of Pancasila as well as religious understanding, especially Islam, which is rahmatan lil alamin, must be carried out continuously. In addition, the values ​​must also be maintained and not just used as a slogan or posted on the bulletin board.

Separately, the Chairman of the Rabithah Ma’ahid Islamiyah (RMI) Central Executive Board, KH Abdul Ghaffar Rozin or Gus Rozin said that the enforcement of Pancasila values ​​and an understanding of the history of the Unitary State of the Republic of Indonesia absolutely must be carried out by the Indonesian people, both young and old, to strengthen ideology in stemming the conflict. spread of ideology of violence and terrorism.

According to him, understanding the history of the nation and Pancasila is the entrance to become a true Indonesian citizen who is anti-violence and terrorism. From there, there will be an ideology of why this country chose Pancasila as the basis of the state, or why the kiai then sacrificed the seven words in the first draft of Pancasila.

Quoted from the official website of the Ministry of Education and Culture of the Republic of Indonesia, acting in accordance with the values ​​of Pancasila is the same as being positive about Pancasila. A positive attitude is primarily the willingness of all components of society to be active in expressing an understanding of Pancasila.

A person’s positive attitude towards Pancasila can be seen if he always tries to practice the values ​​of Pancasila. So that Pancasila can be said to be a kind of compromise ideology, which according to social experts is called the ideology of tolerant. Which is an ideology that tolerates all differences so that our social capital for independence can be stronger.

Diversity in Indonesia must of course be maintained, maintained and preserved because it is the main capital in building a stronger and more prosperous nation. As the basis of the state, Pancasila has been formulated through long and careful discussions by the founding fathers of Indonesia. After that, the state apparatus such as the constitution, the state administration system and others were born.

Various opposing ideologies and movements against Pancasila have been carried out by various individuals and groups. This movement against Pancasila not only has the potential to disintegrate the nation, these rival ideologies have also claimed many lives, as recorded in the history of Indonesia as a nation.

Another threat is the rise of classical social problems such as social conflicts based on race and religion, human rights violations and the threat of radicalism which has claimed many lives. If we refer to history, the process of formulating Pancasila is not without disagreements, that there was a debate when certain Islamic groups wanted to clarify their Islamic identity in Pancasila. But precisely that debate has given birth to an ideology that embraces all differences.

Differences are a necessity in a country with Bhineka, Pancasila must be an ideology capable of embracing all diversity to remain united within the framework of the Unitary State of the Republic of Indonesia.

W20: Momentum to Create Investment and the Role of Women in Papua