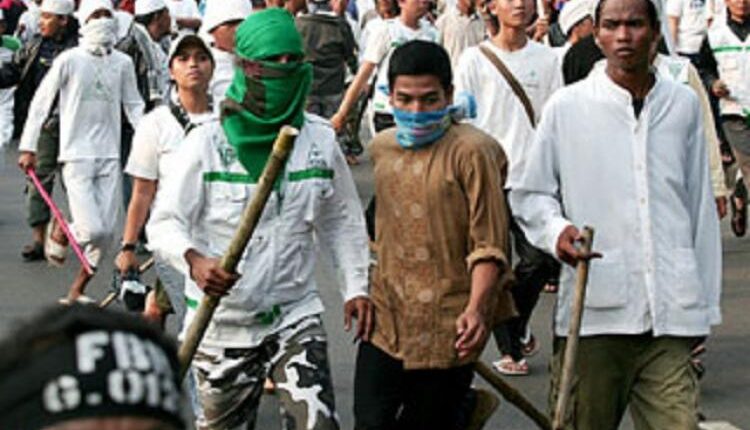 Beware, Many FPI Members Are Involved In Terrorism Cases

FPI is again making headlines because some of their members have been proven to have joined the terrorist network. This latest discovery makes the public even more willing to just disband the mass organization. Because terrorism, radicalism and separatism will destroy the integrity and harmony between people in Indonesia.

In 1998 FPI was founded and they only formalized the name of the organization at that time, because previously in the New Order era it was difficult to establish mass organizations with khilafiyah goals. Since its establishment, FPI has always been the subject of discussion, because it acts recklessly by sweeping without any permission from the police. They also give lectures with hate speech and make people nervous.

The police found the latest facts about the FPI. Those who claim to defend the ummah are part of the terrorism network throughout Indonesia. In total there are 37 members of these organizations who have joined other separatist networks, such as MIT and JAD. MIT is a separatist network that once went viral because its members took the lives of others just because they had different beliefs.

Of the 37 FPI members, they have been caught by the police for various cases. Some are known to have hidden terrorist leader Noordin M Top, some have become suspects for making bombs and carrying out explosions, and some have taken illegal weapons from separatist networks in the Philippines. Then, there were also FPI members who were arrested for taking part in GAM military training in Aceh.

This fact shocked the public, because FPI failed to carry out its promise to defend the people. In fact, they actually hurt the people, because they had the heart to make bombs and blow up the embassy. Whereas in that place there were Indonesians who were employees, and their targets were foreigners. So it is the same as hurting our fellow countrymen.

When there are bombings in places of worship, FPI shows intolerance, because it never respects people with other beliefs. Even though Indonesia is a multi-religious country. Why do FPI members hate people with different beliefs? What did they do wrong to feel the fear of destroying houses of worship?

Even though the Prophet Muhammad even preached very gently. There is even a history of him feeding a blind man every day, even though his beliefs are different. FPI should have imitated this kind of da’wah model and not carelessly labeled other people and became hostile to people of other religions for no apparent reason.

Back when former president KH Abdurrahman Wahid (Gus Dur) was still alive, the teachings of pluralism were echoed. All Indonesian citizens live in harmony regardless of SARA. However, unfortunately now there are parties like the FPI who act recklessly and stir up hostility, and are proven to have committed terrorism and separatism. Because they insist on establishing a khilafiyah state.

FPI has always insisted on making a khilafiyah state, so that it is willing to be affiliated with a terrorist network. Even though when it became independent in 1945, Indonesia was a Pancasila country and a single diversity. So that they cannot make khilafiyah by themselves.

If you want to make a khilafiyah state, it is classified as separatism. Because FPI was proven rebellious and wanted to change Pancasila. They were also proven repeatedly to fight against the authorities, even though the police and soldiers were Indonesian guards. Separatism and terrorism are 2 serious cases that have resulted in these individuals receiving harsh punishments.

Let no one else defend FPI because they are proven to be intolerant, separatist, and have networks with terrorist groups. Why be sympathetic to organizations that do not show love for Indonesia? Instead, they criticized every government policy and insisted on establishing a khilafiyah state.