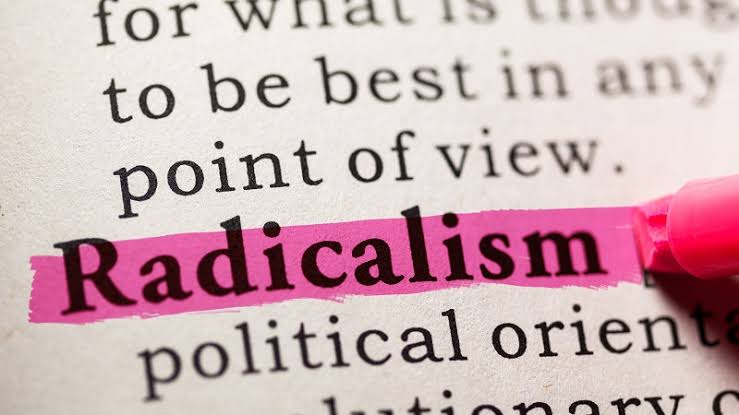 Members of the prohibited ex-mass organizations are certainly a group whose movements should be monitored, even though their organizational license has been revoked, but the ideology they adhere to is still in their minds and allows them to act radically. The public is advised to remain vigilant and report these prohibited activities to the authorities.

The link between banned mass organizations and terror networks is not a figment. This assumption is certainly not without reason, where previously the police had found a number of evidences in the form of clothing attributes and books with the logo of the Islamic Defenders Front (FPI) in the search for suspected terrorists in Bekasi and Condet districts, East Jakarta.

Even though FPI is a mass organization that has been declared a banned organization by the government at the end of December 2020.

He said that all the evidence found would later be preliminary findings to be investigated by the Police Densus 88 Anti-terror.

Based on the evidence presented by the police, you can see a green and white shirt with a round logo bearing the words FPI Islamic Defenders Front. Not only that, there were also attributes bearing the inscription of Laskar Defenders of Islam.

Previously, the police had also raided suspected terrorists in Bekasi and Condet, which was part of a series of police hunts after the suicide bombing at the Makassar Cathedral.

As of Monday 29 March 2021 afternoon, the police have arrested 13 suspected terrorists in a number of locations, including Condet and Bekasi.

Merdisyam said that the FPI members had pledged allegiance to the Islamic State of Iraq and Syria (ISIS) led by Abu Bakr Al-Baghdadi. They took allegiance to ISIS in 2015.

One of the terrorist suspects who is an FPI sympathizer named Ahmad Aulia (30). Through the video, he admitted that he was a part of FPI sympathizers who took allegiance to ISIS.

Ahmad Aulia also admitted that he took part in the pledge along with hundreds of FPI sympathizers at the FPI Makassar headquarters, Jalan Sungai Limboto, Makassar, South Sulawesi. The initiation was attended by a number of officials from the central FPI and Makassar.

At the time of taking the pledge, he admitted that the procession was attended by Munarman as the FPI’s central committee at that time, Ustaz Fauzan and Ustaz Basri, who led the Bai’at at that time.

On different occasions, a number of pieces of evidence obtained in the operation to arrest suspected terrorists in Condet East Jakarta and Bekasi Regency, West Java, were displayed on a long table provided at the Ditreskrimum Polda Metro Jaya building. Some of the items include books, sharp weapons, posters, chemicals and some clothes and hats.

In addition, the search also found five active bombs that had been linked in the form of a can with a wick made of Triacetone Triperoxide.

Radicals tend to see the government as a group of wrongdoers. They will fry all government policies to smooth the group’s agenda.

Shaykh Dr Muhammad Adnan Al-Afyouni emphasized that the Prophet Muhammad never killed and always interacted with anyone regardless of religion, be it Jewish or Christian.

Anyone can participate in the radical movement, especially if he is already anti to the basis of the state based on Pancasila, all doctrines of destruction will continue to be agreed upon without going through critical thinking.

) * The author is a citizen living in Samarinda