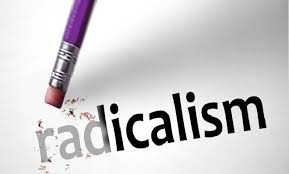 Beware of the Spread of Radical Understanding in the School Environment

Radicalism is still a latent danger in this country. The public is also asked to be aware of the spread of radical ideas in various places, including in the school environment.

Educational institutions are clean places and should not be mixed with the smell of politics, even radicalism. Of course, it is very unethical when a school turns out to be problematic, because the teacher is a member of a radical group. He clearly violated the laws and norms, for poisoning the minds of the disciples with a dangerous notion.

We must be aware of the entry of radicalism into the school area because there have been findings of individuals in the educational environment who are members of radical groups. The Head of the Anti-terror Detachment 88 Detachment Banops Head, Kombes Aswin Siregar, stated that the person had the initials DRS, who was the principal of an elementary school in Pesawaran, Lampung.

This finding is certainly surprising because the radicals have been closing in on the schools. This means that they are indeed targeting educational institutions and want to poison the minds of students who are still innocent. The innocence of students, especially those who are still in elementary school, is exploited and makes many victims.

Moreover, DRS has the status of an ASN so that he violates the oath of civil servants to be loyal to the state. If he is a member of a terrorist then he can be dishonorably dismissed, for being a traitor. Serious punishments must be given so that they do not give up and are not imitated by other ASN.

The public should be wary of the entry of radical groups into schools. Moreover, what was caught was the principal of the school, so he had a strategic position and high influence. It could be that he abused his power to recruit teachers to become cadres of radicalism.

It is still being investigated how strong the influence of the DRS on the school he leads, but his arrest is a relief, because the students are safe from the clutches of danger. Hopefully there are no victims who are poisoned due to the actions of DRS.

To prevent the emergence of radicalism in schools, we all must be more vigilant. If there is a school principal or head of a foundation who will conduct the selection of new employees, don’t just look at the diploma and teaching experience. However, you can also track digital footprints, which are usually visible on social media. Usually he follows accounts that smell of radicalism, so it can be smelled that he is a member of the group.

In addition, parents should not arbitrarily send their children to a school, so as not to fall into the trap of radicalism. Currently there are many private schools scattered, but it is mandatory for surveys and investigations. Don’t make the wrong choice and it turns out that the school is owned by a radical group.

Parents have to check into the school, and actually can see the characteristics of a radical group. First, there are no displays of the Pancasila garuda and photos of the president and vice president on the walls. Second, there are no red and white flags flying in the field or other parts of the school. The reason is because radical groups call the government toghut.

Also investigate the school’s social media accounts, as well as the head of the foundation, principal, and even the teachers. Usually they show the characteristics of a radical group, namely they often share hoax news that has the tone of attacking the government. Another characteristic is that they always criticize and disagree with various regulations in Indonesia.

The entry of terrorists into the educational environment can be a big disaster, because innocent students become victims. Don’t let our children be poisoned by radicalism. So, when going to register for school, it is mandatory to research and survey first. So get a good private school and not pro-radicalism.

By : Fajar Kurnia )* The author is a contributor to the Press Circle and a student of Cikini

Support the relocation of the nation’s capital