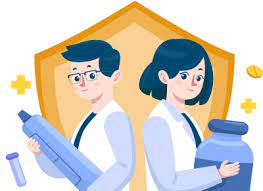 The Indonesian Ulema Council (MUI) has encouraged the government to provide support for research on the development of the corona virus vaccine carried out by the nation’s children, such as the Nusantara Vaccine and the Red and White Vaccine.

This is one of the recommendations of the MUI National Working Meeting (Mukernas) from the aspect of handling the corona virus pandemic to the government which was held on Thursday 26 August 2021. One of the recommendations produced was, Encouraging the government to support all research efforts carried out by children nation to find the right and suitable vaccine for all age categories and affordable, as was done by the researchers of the Red and White vaccine and the Nusantara vaccine, without any discriminatory treatment.

It is known that the Nusantara Vaccine was initiated by the former Minister of Health, Terawan Agus Putranto. Several officials and politicians were injected with the vaccine. Meanwhile, the Merah Putih vaccine was initiated by the Eijjkman Institute for Molecular Biology (LBM). Not only that, MUI also asked the government to stop flights from abroad in the midst of the corona virus pandemic. Especially in countries where the corona virus is spreading, such as from China and India.

In addition, MUI also suggested that the government could evaluate the implementation of Emergency PPKM in the field. Moreover, PPKM has created new problems in society that are very worrying, such as the emergence of mental illness, unemployment and new poverty.

MUI also hopes that the government can evaluate and improve the system for curing and burying corpses for patients who are confirmed to have the corona virus who are Muslim. It aims to comply with sharia principles.

On different occasions, the Food and Drug Supervisory Agency (BPOM) continues to oversee efforts to produce vaccines in the country, especially the red and white vaccines. Related to that, BPOM gave a certificate of good manufacturing practice (CPOB) or Good Manufacturing Practice (GMP) to PT Biotis Pharmaceutical Indonesia, in order to support the development of red and white vaccines.

Penny thinks that it is a historical milestone that we should be proud of and inspire other private pharmaceutical industries, so that in the future Indonesia’s vaccine production capacity will really be bigger and more proud. He also mentioned that CPOB was given to PT Biotis Pharmaceutical Indonesia after ensuring the manufacturing process was carried out in stages starting from fill and finish facilities and in parallel preparing upstream/downstream facilities.

In this case, BPOM provides assistance to PT Biotis Pharmaceutical Indonesia regarding the preparation of facility designs, visits to see gap assessments, assistance, desk consultations, to the implementation of inspections and completion of repairs to obtain a GMP certificate.

He said, this is not something easy, various stages have been carried out by PT Biotis so that it reaches the point of giving CPOB for fill and finish tests, so that in the future it is ready to continue to assist and hopefully this will also be an inspiration for other pharmaceutical industries to increase the number of industries. human vaccines and strengthen Indonesia’s industrial capacity in terms of self-reliance and contribute to the export of our products to meet the global market.

Penny said the red and white vaccine is a vaccine developed by Indonesian researchers from the early stages starting from the development of new vaccine seeds to the formulation and filling process.

Issues of Vaccine Effectiveness and High Mortality Rate for Isoman