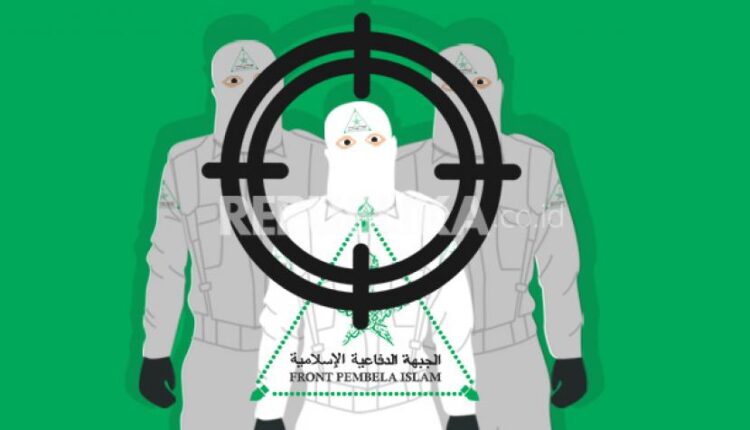 FPI is Involved in Terrorism

Terrorism is an understanding in which an organization imposes its will so that their goals are achieved quickly. In order for their wishes to come true, terrorists often take extreme actions , such as threats, attacks, and even bombings. No wonder terrorism is prohibited in Indonesia, because it destroys peace and community unity.

When there are former members of the Lamongan branch of FPI who claim to be betrayed by ISIS, then of course this mass organization is connected to terrorism. Especially when he admitted that at the event there was a figure of Munarman as a high-ranking official of the central FPI. It is certain that FPI is a terrorist organization, therefore when it was disbanded, the public was even grateful for it. Because they don’t want Indonesia to be messed up by terrorist organizations.

Islah Bahrawi , Executive Director of the Indonesia Moderate Network, stated that although only a few FPI members are connected to terrorism, this proves that they are already involved in radicalism. In that sense, although there are few who know ISIS, they can spread this understanding to all FPI members throughout Indonesia.

The spread of this understanding can be done quickly by utilizing social media and gadgets . The members of the FPI who are innocent would want-want just fed theories about khilafiyah , terrorism, radicalism, etc. So that their thoughts deviate far and reject Pancasila as the basis of the state, and do not want to practice pluralism in Indonesia.

When there are other FPI members who are proven to be in a terrorist network, they will be arrested and punished according to their mistakes. Whether it’s making bombs, planning bombings, or hiding terrorists. Why is it like that? Because hiding terrorists means allowing lies to exist in Indonesia and endangering the country.

If terrorists are allowed to roam, then peace in Indonesia can be damaged. Because they continue to make threats, especially ahead of the feast days of people with other beliefs. Terrorists who always impose their opinion, will make bombs or terror near houses of worship. So naturally if the Densus 88 heavily in catching terrorists around the Homeland.

To overcome terrorism and the rise of neo FPI, deradicalisation must be carried out for former FPI members, even though the organization has been dissolved. This program will be handled by BNPT as an interested institution. So that all former FPI members realize that their thinking is wrong and regret that they support the formation of khilafiyah in a democratic country.

Deradicalization can be done by giving lectures and subtle approaches about nationalism and love for the country. Every person who undergoes this program must sign a statement that he loves the Republic of Indonesia and acknowledges Pancasila. He must not admit the existence of other ideologies in Indonesia, because Pancasila is the basis of the state.

Do not let the younger generation be damaged by persuasion by terrorist members or former FPI members, because it is clear that Indonesia is a democracy. Young people must be taught nationalism from an early age. So that it is not used to raise FPI and destroy the future of this country.

Former FPI members are proven to be linked to terrorist organizations, and this proves that these organizations are terrorist and radical organizations. It is not surprising that the government finally disbanded it, because it did not want to recognize the current government and invite the public to participate in disobedience. Former FPI members who are involved in terrorism must take part in the deradicalization program , so that they realize that radicalism and separatism are wrong.

The Importance of Infrastructure Development Amid the Covid-19 Pandemic