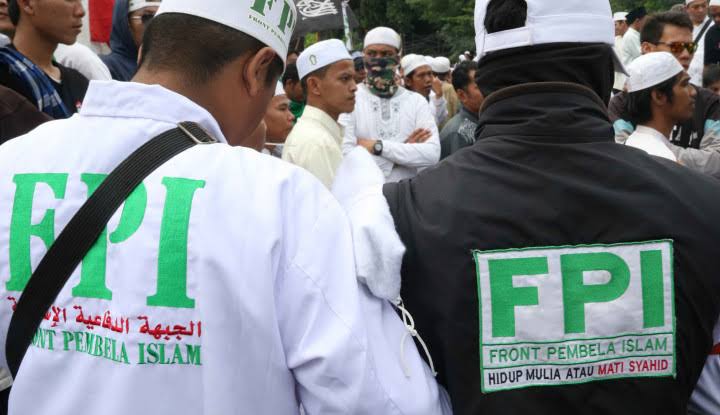 By: Firza Ahmad) *
The Islamic Defenders Front (FPI) is strongly suspected of having seized state-owned land in Megamendung, West Java. The community also hopes that FPI will leave the state land that has been taken over without this permit.
TB Hasanuddin as a member of Commission I DPR appreciated the steps taken by PT Perkebunan Nusantara (PTPN) VIII in sending a summons against the Islamic Defenders Front (FPI) Markaz Syariah Islamic Boarding School in Megamendung, Bogor, West Java, to immediately vacate the land. However, based on his investigation, it appeared that FPI was not the only one occupying or controlling the PTPN VIII land.
Apart from FPI, he revealed that there are a number of Korean foundations, villas and companies that control the land owned by the state. He also asked the parties who controlled the land belonging to PTPN VIII to leave the land in accordance with the prevailing regulations.
Meanwhile, PTPN VIII Corporate Secretary Naning DT said that his party did not only send summons to Islamic boarding schools owned by FPI. But also to all parties who use the land assets belonging to PTPN VIII.
On a different occasion, the Indonesian Justice and Unity Party (PKPI) expert council Teddy Gusnaidi raised his voice regarding the land dispute at the FPI Markaz Syariah Agro-Cultural Islamic Boarding School in Megamendung, West Java, which allegedly stood on land owned by PTPN.
He said the polemic could easily be resolved if FPI immediately left the land. This is because the land in dispute is apparently owned by PTPN.
He also reminded the government not to give room to negotiate with parties who occupy land that does not belong to him.
According to Tedy, this land dispute is also not a big problem. Because, between the owner and not the owner is clearly known.
FPI’s Sharia Markaz was in the spotlight after a letter from PTPN VIII was circulating asking for the pesantren to be vacated.
The letter with the head of PTPN VIII number SB / 11 / XII / 2020 dated 18 December 2020 was uploaded to the Twitter account @Fkadrun.
In the letter, it was explained that the FPI Islamic Islamic boarding school (Islamic boarding school) stands on land managed by PTPN.
It seems that the pesantren, which is one of the FPI headquarters, did not have PTPN VIII permit and approval when it was founded in 2013.
It seems that the problems between PTPN and FPI are not the first time this has occurred. At the beginning of the establishment of Markaz Syariah FPI in 2015, its construction was marked by a number of problems.
The land occupied by Markaz Syariah was previously PTPN land used by local residents. Until 1998, the entire Gunung Mas area was still controlled by PTPN. After the reforms, a number of areas were occupied by communities illegally. Of the 1,623 hectares of land belonging to PTPN there, 352 hectares were taken. However, the certificate is still in the name of PTPN.
The illegal cultivators then sold the land again through land brokers to Bogor and Jakarta people who wanted to build villas there. Markaz Syariah has also managed a land certificate in Megamendung to the National Land Agency. However, these efforts failed because the land was still registered in the name of PTPN.
On May 21, 2013, FPI’s Markaz Syariah wrote to PTPN to request a land use right of 33 hectares under the pretext of corporate social responsibility (CSR). However, PTPN ignored the request on behalf of CSR.
Markaz Syariah also returned to write to PTPN in April 2014. They submitted new proposals. The parcel requested at that time was no longer 33 hectares, but 40 hectares. However, PTPN did not respond to the request.
In April 2016, FPI’s Markaz Syariah tried again. This time they told PTPN that they had taken over 50 hectares of community cultivated land in Afdeling Cikopo Selatan. In their letter, FPI’s Markaz Syariah informed that they had built a 157 thousand watt power plant to illuminate the pesantren, erected a number of buildings in the pesantren complex and paved roads along 7 kilometers with a width of 6 meters. All the letters were signed by Rizieq Shihab as the pesantren caretaker.
4 years later, PTPN finally issued a summons on the existence of the Sharia Markaz. The letter was signed by the Director of PTPN VIII Mohammad Yudayat who signed the letter.
Of course there is no other option for land users in megamendung other than to leave the state land.

The Government Continues to Accelerate Development Targets in Papua