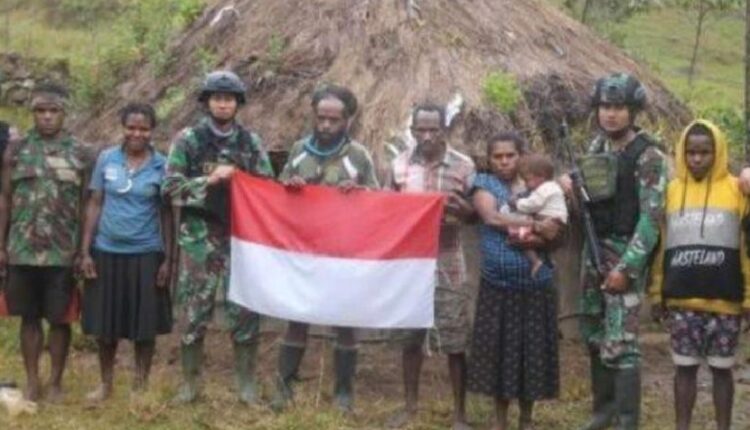 Separatist and terrorist groups (KST) deserve strict action, because they have the heart to kill a student in Papua. The innocent child became a victim of KST’s violence. KST eradication is the focus of the apparatus in Papua, so that no other civilians become victims.

The Armed Criminal Group has changed its term to the Separatist and Terrorist Group (KST) because they act like terrorists, disturbing the public with heinous terror. Not only frightening with firearms, but KST also often spit bullets at civilians, so it is categorized as very dangerous.

Papua was again shaken when a student named Ali Mom was viciously murdered by KST members last April. Ali was hacked and shot in the head, then his motorbike was set on fire. It is suspected that the perpetrators were members of the Lekagak Telenggen group. The pursuit of this group continued to its headquarters, especially when Lekagak was added to the BNPT’s wanted list.

Ali Mom was a student at SMAN 1 Ilaga, and he was killed on suspicion of being a spy for the police by KST members. The reason is because the late Ali often visited the police headquarters. In fact, the truth is that he went there to ask what conditions had to be met in order to be accepted as an officer. Because he aspires to be a guardian of the territory of the Republic of Indonesia.

But unfortunately his noble ideals were stopped because of KST’s actions. Therefore, the pursuit of KST is carried out more intensively, so that no more students or civil society become victims. Because if all students are threatened by KST, what will happen to Papua in the future? They can lose potential leader candidates because of KST’s irresponsible actions.

KST is also increasingly troubling by brutally killing students, who clearly don’t have weapons to protect themselves. they also violate human rights blatantly. However, KST is very annoying because it often acts as a victim.

They asked for international support on the grounds that Papua was colonized by Indonesia and accused the government of violating human rights. In fact, they themselves violated human rights because they killed too many civilians on the Earth of Cendrawasih.

Therefore, the eradication of KST is getting more massive and when they are officially called a terrorist organization, more and more parties are involved. Not only the TNI is on guard in Papua, but there are also reinforcements from the anti-terror Detachment 88 and BNPT. So it is hoped that this collaboration will allow KST to disband as soon as possible, so that it will no longer disturb the public.

The Nemkawai Task Force was formed from a combination of TNI and Polri troops, to eradicate KKB to its headquarters. They have several bases and one of them has been caught. Some KKB members ran away but some were caught. The Task Force’s achievements are certainly highly commended for being very brave to visit the KST headquarters directly.

Meanwhile, the role of BNPT is also very important for the eradication of KST in Papua. BNPT issued a list of wanted people and the contents were KST leaders. Among them are Murib, Lekagak Telenggen, and Sabius Walker. They become DPOs because they are commanders of troops who often disturb the public.

The highlight of the DPO was Sabius Walker for burning down the school building with his men. From Lekagak who killed students to Sabius who burned down the school, KST’s behavior was unforgivable. Because if left unchecked, it will threaten the future of the students, because they cannot study and are threatened with murder.

KST eradication must be carried out more intensively, because their targets are not only the apparatus, but also civilians such as students. How can they kill teenagers and make them fail to achieve their goals? KST deserves to be suppressed because it is increasingly detrimental to the Papuan people.

)* The author is a Papuan student living in Surakarta