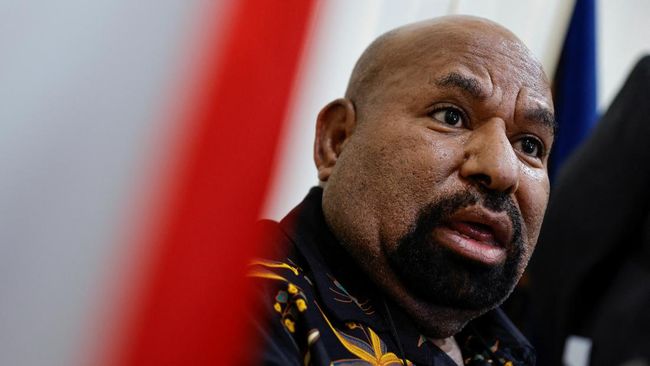 Papua Governor Lukas Enembe is currently ill at the same time as the suspect was named by the Corruption Eradication Commission (KPK). However, public services must continue and must not sacrifice the interests of the community.

Thus, according to Ondoafi from the Tibo tribe, the alleged corruption that ensnared Lukas could be resolved immediately. And as a governor, Luke understands and understands that what the state has done is right.

The deputy chairman of the Sentani Customary Council gave an appeal for the mass group that was guarding the residence of Lukas Enembe to immediately disperse, because their presence could actually hinder the legal process against Lukas.

He said that local government should not be empty. He agreed that if the central government gave trust to others to temporarily lead Bumi Cenderawasih.

Even though Governor Lukas is sick and has legal problems, the Papuan Provincial Government (Pemprov) must continue to work to develop the region and serve the community, because the interests of the community clearly cannot be sacrificed. People who need services, must continue to be served.

Esau said that the case against Lukas Enembe tends to be true. This can be seen from the misuse of the Prospect budget (Village Development Strategic Program) which causes the results of development not to be felt by the community.

He considered that Lukas Enembe’s mistake was related to the use of government funds. So the case is not included in the realm of customary law and must follow government rules or state law.

The health condition of the Governor of Papua, Lukas Enembe, who has had four strokes and is currently still limited in his activities, has not only caused Lukas and his family to be unable to fulfill the KPK’s summons. But it also has an impact on the disruption of government acceleration and public services in Cenderawasih Earth. As a result, voices emerged from the public who complained that they could not get services because the official they wanted to meet at the governor’s office was not there.

The Coordinator of Young Papuan Intellectuals, Paulinus Ohee, apparently has the same complaint. He said that the illness that was experienced by Lukas Enembe and the corruption case he was facing had really disrupted the running of the government.

According to him, with the deactivation of Lukas from the position of Governor because he has been sick for a long time, this will provide three benefits at once. First, Lukas can focus on running health care, is better prepared to face the legal process and the performance of the Provincial Government in serving the community remains optimal.

Paulinus firmly said that the governor’s condition was sick, but the government had to keep going. In this case, the Minister of Home Affairs must disable the governor to restore health and carry out the legal process that is currently being faced.

Paulinus also commented on the inauguration of Lukas Enembe as the Chief of the Papuan Tribe. According to him, this is a mistake against the customs that exist in the Land of Papua.

If the inauguration continues to be forced, of course it will have the potential to cause divisions between indigenous peoples in the Papua region. Now public services in Papua are hampered by the condition of Lukas who is not able to work optimally.

Keerom’s Young Intellectual Leader, Michael Sineri, in his written statement suggested that the Ministry of Home Affairs (Kemendagri) immediately deactivate the Governor temporarily and replace him with an official governor so that public services can continue to run well.

Sineri emphasized that Lukas Enembe as a leader should have the courage to face the legal process, so that there is no need for any movement from individuals who walk in Luke’s residence.

The health condition and the corruption allegations from the Corruption Eradication Commission certainly make Lukas Enembe not optimal in carrying out his activities as governor, so concrete efforts need to be made so that services in Papua are not hampered. With the new governor, all obstacles in carrying out the wheels of development in Papua can be overcome.