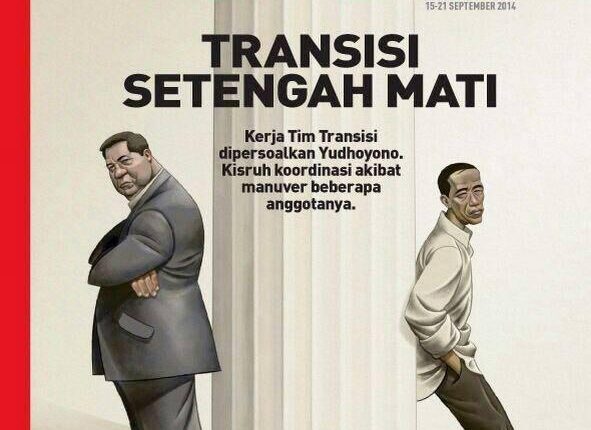 Initially, Tempo was a bona fide magazine that was liked by many people. Because they write news with beautiful diction and honest facts. Even dared to fight against the new order regime. However, unfortunately the current version of Tempo has increasingly doubted its credibility, because it created confusion and was no longer neutral.

A media (print or online ), is required to be impartial to one particular person or organization. It also contains news that is valid, not hoax, and provides new knowledge to the public. This criterion used to be in the magazine Tempo, which has been published since 1971. Unfortunately, this weekly media has taken a diverted direction.

One of Tempo’s most fatal mistakes was making news containing wrong opinions . In an article entitled ‘Prank Corona from Pejaten’ it was written that the Head of the LAN mentioned the difference in the results of the corona swab test , which was carried out by BIN. Even though he never issued this statement .

On the news, the Head of LAN was positive for corona after carrying out a BIN swab test . The palace was in an uproar because he had contact with vice president Ma’ruf Amin. After retesting, the results were negative. Tempo doubted the validity of the swab test . Even though a positive test result is negative, according to WHO, it is caused by many factors. It’s not just that the swab test kit is damaged.

The existence of an error in the contents of the news made the situation very troublesome, because Tempo had indirectly demonized the validity of the corona swab test kit and its results. He also doubted the performance of the medical team and BIN who carried out swab tests on LAN employees. Even though the swab test has proven valid in testing whether a person has the Covid-19 virus or not.

In a crisis situation, the media should show the truth and invite peace. Because it cannot be denied , many people are dizzy because of the effects of the corona storm. However, in reality, Tempo caused trouble and created a hoax by writing a fake statement from someone. Not surprisingly, his credibility is increasingly being questioned by the public.

Even though during this pandemic era , all levels of society should unite and work together to overcome the effects of the corona storm. However, Tempo even released a sensational news to make it viral. Its big name as a quality media can be eroded by the act of journalists, editors and editors who pass the news.

The BIN swab test is in accordance with health standards and laboratory protocols. Deputy VII BIN Wawan Hari Purwanto stated that BIN used 2 RT PCR kits from Germany and thermo scientific tools from America during the swab test.   The tool also passed the World Bio Haztec certification (an international certification body). Analysis of the results is also in collaboration with LBM Eijkman.

BIN also applies a standard threshold for high PCR results. Usually, the standard is only 35, but it is increased to 40. So it is certain that the swab test conducted by BIN is very valid. Swab tests on LAN employees are requested by government agencies. Because previously there were workers there who were positive for corona.

As a major media, Tempo should be careful in writing news and not spread hoaxes . Because an error in quoting a character’s statement could be material for a lawsuit at the court table. If there is news that is not in accordance with the facts, it will reduce the quality of Tempo. This can lead to a decrease in magazine circulation or visitors to the site.

Tempo’s credibility as a competent news magazine began to decline due to their mistakes and there was a narrative to slander BIN. The public thinks it’s useless to test a swab if the results are not correct. Then they refused the rapid test and swab test and it became even more dangerous because they could contract the corona. Tempo shouldn’t have messed up during a pandemic.

) * The author is active in the Jakarta Press and Student Circle

Society Must Be Disciplined Carry Out 3M