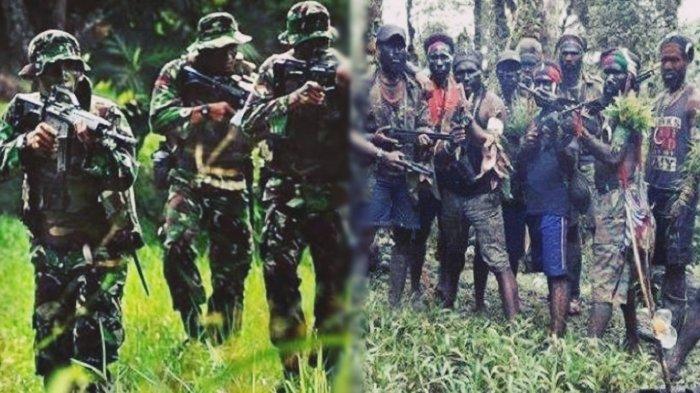 Supporting the Crash of the Papuan KKB

Armed criminal groups are increasingly troubled because they continue to harass Papuans. They carried out terror and threats, so that the central government would grant their desire to liberate Papua. The OPM has not yet realized that Papua was given more attention during President Jokowi’s administration, and that it was a developed area.

One of the unresolved problems in Papua is that the OPM and KKB are getting more violent. They carried out propaganda and attacks against Papuan civilians , and still insisted on independence. Whereas Papua is a legal part of Indonesia and they cannot escape international law, which states that the former Dutch colony automatically becomes the territory of the Republic of Indonesia.

In that incident there were no casualties. However, taking hostages was certainly tense, because the 4 people almost had a heart attack because they had to submit to the fire for 2 hours. Colonel Czi IGN Suriastawa, Head of Information, Kobagwilhan III, confirmed this incident. According to him, KKB and OPM prohibited planes from carrying TNI / Polri members.

Colonel IGN Suriastawa continued, the hostage-taking finally ended after negotiations between the two parties took place. Moreover, in Wangbe District, Puncak County, there is no telephone and internet network. In that sense, when there is hostage taking, the pilot cannot call the authorities for help.

The KKB’s overbearing behavior certainly made the public even more furious. Because they are always negative thinking and think that the passengers on the plane are officers. Though they are innocent civilians. In the minds of the KKB and OPM, the apparatus is the enemy, so they must be attacked first.

This is certainly against the law in Indonesia. So that KKB and OPM must indeed be eradicated to the roots. Apart from threatening civil society and killing innocent people, they also spread propaganda in the real world as well as in cyberspace. The goal is to gain support from the Papuan people to liberate themselves.

Even though the people of Cendrawasih Earth do not want to separate themselves from Indonesia. They refused to be independent and waved the Morning Star flag , because of their high sense of nationalism and very much love for the Republic of Indonesia. Why be independent if it becomes miserable? Because currently Papua is very advanced thanks to the special autonomy program.

However, KKB and OPM continue to guerrilla, go down the mountains, and create chaos in several areas in Papua. So that the TNI is increasingly vigilant to prevent them from spreading, which will cause riots in Cendrawasih Earth. KKB must be eradicated because they violate the law, because they often attack the security forces unexpectedly .

Apart from that, the KKB also frightened them with firearms and got them from the black market. They bought a penny for 5 million rupiah, and it is still being investigated who the person who sold it was. Because this weapon is very dangerous if it is held by a civilian community who does not have an official license. They can shoot recklessly, and kill emotionally.

Eradicating KKB is the focus of TNI troops in Papua. They must be crushed because they threaten the safety of civilians, take the public hostage, and carry out propaganda. The KKB has violated the law by inviting Indonesian citizens to defect and form the Federal Republic of West Papua, so this armed group must be destroyed.

#Supporting the Crash of the Papuan KKB
28
Share FacebookTwitterGoogle+WhatsAppEmailTelegramLINEBlackBerryPrint