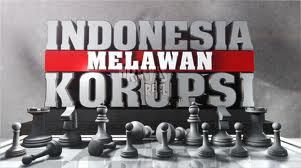 Airlangga Hartarto, as the Coordinating Minister for the Economy, assessed that the presence of the Omnibus Law on Job Creation will provide various facilities for the business world in Indonesia.

So far, the complexity of complex licensing has often made it difficult for entrepreneurs to get permission to start a business. He said that the Job Creation Law would facilitate and guarantee entrepreneurs from the cunning actions of the authorities in granting business licenses.

This Job Creation Law will simplify the bureaucracy, so it is hoped that extortionists will find it difficult to act, this of course will reduce and prevent the practice of KKN. Moreover, licensing can be done online.

Airlangga said, the Job Creation Law was launched to provide several empowerment instruments to Micro, Small and Medium Enterprises (MSMEs) actors. In addition, the rules set forth in Law Number 11 of 2020 also carry out regulatory reform and are expected to transform economic activities.

He emphasized that one of the ideals of the issuance of the Job Creation Law is to reduce the unemployment rate to provide business opportunities for all Indonesian citizens.

On different occasions, Legal Expert from Padjajaran University Professor Romli At masasmita assessed that the Omnibus Law of the Job Creation Law was able to prevent potential corruption at the bureaucratic level. This can be seen from the law’s efforts to reduce licensing in investment.

He said, so far, many developments have been hampered by the actions of a handful of people who have been caught by the Corruption Eradication Commission (KPK). Romli suspects this is the reason why the licensing process has been cut and accelerated in the end.

Romli said, if there are projects ongoing development and tetiba there are officials or bureaucrats are caught, then the project will be stopped. In fact, the investment value is large. The project was stopped just because a handful of people committed corrupt practices.

Please note that the Omnibus Law has revised 79 laws. So that the ratification of the Job Creation Law is expected to have an impact on improving the investment ecosystem, the employment climate, the climate for ease of doing business, the ease of donating and conducting research, facilitating economic zones and much simpler land acquisition, cutting government administration both at the central and regional levels and providing priority to investment in national strategic projects.

The Self- Employment Creation Law is a long awaited and discussed regulation until finally getting approval in parliament. In other words, the Job Creation Law is the result of a thorough discussion and is not detrimental.

Meanwhile, President Joko Widodo in his statement virtually said that the Job Creation Law is an effort to support the prevention and eradication of corruption.

The reason is, this copyrighted work Omnibus law is able to simplify licensing. With a short process, illegal fees can be eliminated. This is what made him want to implement this policy immediately.

Second, the formation of a limited liability company (PT) is made easier by eliminating the minimum capital limit.

Third, a cooperative can be established with a minimum of only 9 members.

In addition, the Ciptaker Law will also create a lot of job opportunities that are currently needed by the community. He noted that in Indonesia there are 2.9 million Indonesians who need jobs every year because they are young graduates.

Many of the licensing processes are complicated and apparently make it difficult for entrepreneurs to obtain business permits. If this is allowed, of course, in addition to rampant corrupt practices, the nation’s economy will also experience a slowdown because before getting a business license, they have to enter a one-roof house that has many doors just to get a permit.

HELP THE GOVERNMENT FACING TOWARDS COVID – 19