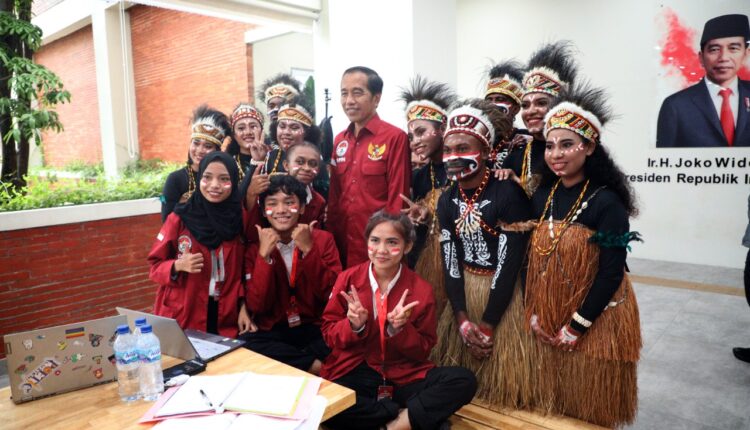 The State Intelligence Agency (BIN) synergizes with a number of Ministries/Agencies to continue to strive to realize the motto Bhinneka Tunggal Ika among students. One of these efforts is the inauguration of the Nusantara Student Dormitory (AMN) in Surabaya, East Java.

The Director General of Cipta Karya, Diana Kusumastuti said that the Archipelago Student Dormitory (AMN) was not only intended for housing. Apparently, the place also functioned for a number of other activities which were coaching for students.

“Apart from being a residence for scholarship recipient students, AMN Surabaya also functions for coaching activities whose implementation is supported by the State Intelligence Agency (BIN),” he said.

BIN’s efforts to increase nationalism and at the same time strengthen a sense of tolerance between ethnicities, religions and races, are not mere figments. Nationalism and tolerance must be instilled from an early age from the smallest environment, namely in the family. However, Pancasila values and awareness of diversity in diversity must continue to be implemented, especially in the campus environment, in this case for student groups.

The management of the AMN Surabaya building and the students in it must be carried out with the right approach considering the composition of students who come from different backgrounds. This is to maximize the diversity of all these students to be able to live side by side with the spirit of Unity in Diversity.

In his official written statement, the Head of the State Intelligence Agency (BIN), Budi Gunawan, said that the Nusantara Student Dormitory is a place to unite students from various ethnic groups, languages, cultures and religions, who come from various regions in Indonesia and are multi -university in nature.

Students are an intellectual group for the next generation of the nation. Therefore, appreciation needs to be given to BIN for synergizing with the Ministry of Public Works and Public Housing and the Ministry of Education and Culture to take concrete steps to realize Bhinneka Tunggal Ika for students, namely building this Archipelago Student Dormitory.

On another occasion, the Governor of East Java, Khofifah Indar Parawansa also revealed that the existence of the AMN was a miniature place for forming prospective national leaders with an archipelago perspective with the character of Bhinneka Tunggal Ika. This is because AMN reflects how the diversity of students can still build brotherhood in harmony with one another.

“This is expected to be a miniature formulation of prospective leaders who have an archipelago perspective with the character of Bhinneka Tunggal Ika. They can give each other an appreciation of the differences and diversity of each ethnic group, language and religion of each student,” he said. []