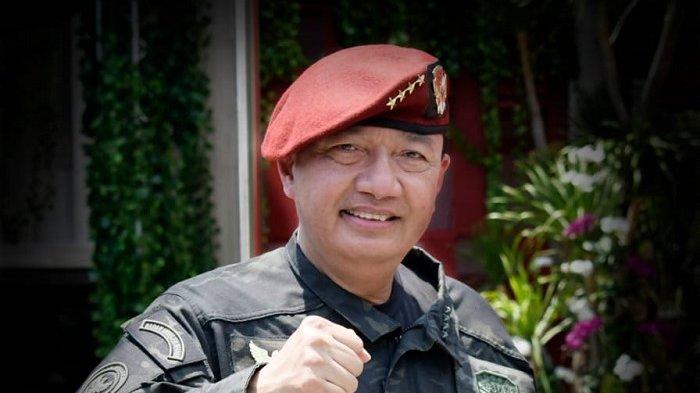 Head of BIN Invites Regional Heads to Anticipate Uncertainties in 2023

Jakarta — The Head of the State Intelligence Agency (BIN), General Pol ( Ret .) Budi Gunawan invites all regional heads in Indonesia to prepare themselves well in 2023. That is because, this year will be a dark year.

Not without reason, because the Head of BIN explained the results of data from world intelligence, and according to him, 2023 will indeed be haunted by the threat of a recession to inflation which could impact many sectors and spheres of society.

” Foresight from world intelligence describes that 2023 is a dark and uncertain year. The term intelligence is called winter is coming , there are also those who describe that 2023 is a year haunted by the threat of recession and inflation whose impact will affect areas where it is hit and felt by the household economy in corners of cities in districts to remote villages,” he said.

Therefore, General Pol ( Retired ) Budi Gunawan appealed to regional heads in Indonesia to be able to prepare for the impact that might be felt and disrupt people’s lives.

Furthermore, the Head of BIN said that the conflict that occurred between Russia and Ukraine was predicted to continue for a long time, so as to be able to disrupt world energy and food supplies.

“Furthermore, based on intelligence analysis, there are potential threats. The first is the Russia-Ukraine war. It is predicted that it will continue for a long time. It will be exacerbated by the emergence of the potential use of nuclear weapons. The war between the two countries has disrupted world energy and food supplies,” he said.

The darkness of 2023 is also exacerbated by how the geopolitical conditions of China and Taiwan will continue to get worse.

“The geopolitical conditions of China and Taiwan will also be even more concerning because they will affect the world’s logistics routes,” continued the Head of BIN.

As a result of the prolonged geopolitical conflict between several countries, according to him, it will make countries become narrow-minded nationalism, so they try to secure all supplies of needs for themselves.

Budi Gunawan gave an example of Italy and Africa which are currently experiencing a crisis due to the impact of the world’s geopolitical conflict .

“Let us give an example that Italy has experienced a power crisis and food shortages. Meanwhile, several countries in Africa are very dependent on 90 percent of wheat imports from Russia and Ukraine,” he explained.

For this reason, he advised that there really be very thorough preparations and regional heads to be able to further increase their concern for the community.

“Therefore, let’s make this difficult year 2023 a year of blessings by making better, more mature preparations that care more about the community,” he added.

“Winter is Coming ”, Head of BIN Opens About Situations and Conditions in 2023