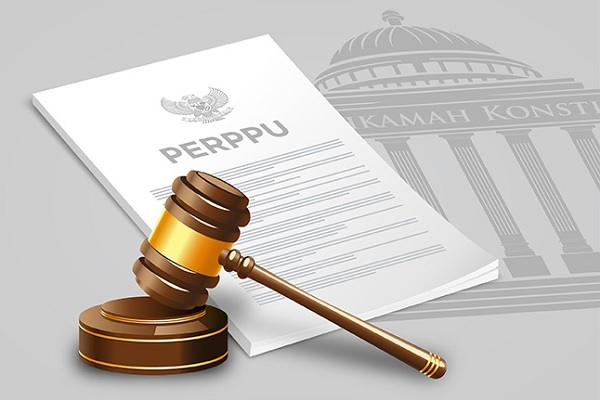 The public who reject the Job Creation Perppu are very openly welcome to be able to reject and challenge this regulation through legal channels that are valid and valid in Indonesia.

The Government of the Republic of Indonesia (RI) has officially enacted Government Regulation in Lieu of Law ( Perppu ) Number 2 of 2022 concerning Job Creation ( Perppu Cipta Kerja) on December 30, 2022. The Job Creation Perppu is an attempt to implement the Constitutional Court (MK) Decision Number 91/PUU-XVIII/2020 which decided that the Job Creation Law (UU) still has problems related to the formal form of its formation.

It should be noted that in fact the Perppu on Job Creation Number 2 of 2022 is still temporary and will soon be enacted into a Law to replace the enforcement of Law Number 11 of 2020 concerning Job Creation which is constrained by formal problems by the Constitutional Court.

It cannot be denied that with the existence of the Job Creation Perppu which will soon be passed into a law to replace the previous Job Creation Law, it is able to support efforts to accelerate community development . Even though it hasn’t been officially promulgated, actually this Perppu Number 2 of 2022 already has the same legal force as the Law.

This is because the existence and issuance of the Perppu carried out by the President of the Republic of Indonesia, Joko Widodo, is intended to become a replacement regulation for the previous Job Creation Law, namely Law Number 11 of 2020. So that when it was officially issued by the President, his position immediately revoked the enforcement of the Copyright Law . This work, moreover, will soon be enacted into a law when it obtains approval from the House of Representatives of the Republic of Indonesia (DPR RI) .

Even though this Perppu on Job Creation actually has a lot of urgency and indeed it is for the benefit of the people themselves regarding the national economy, in fact there are still pros and cons among the people. In response to this, the DPR RI relaxed and instead provided wide space for the public who really wanted to protest against the existence of the Perppu on Job Creation to be brought to justice.

Regarding this matter, the Chairperson of Commission V DPR RI, Lasarus stated that Perppu Number 2 of 2022 Concerning Job Creation consists of many articles and paragraphs, so it cannot be revoked immediately as is the public’s pressure on the House of Representatives to revoke it.

Furthermore, according to Lasarus , instead of immediately repealing it, it is better to consider in advance how urgent it is for the Government to issue this rule, including what is the urgency of those who refuse and demand its repeal , and which part of the article they actually reject. According to him, because it consists of many articles and paragraphs, it is very clear that not all articles to paragraphs in the Job Creation Perppu are wrong.

It’s not just that there are lots of good-sounding articles that refer to previously stipulated laws, but in fact , according to Lasarus , the existence of this Perppu on Job Creation is an attempt to make improvements to existing regulations in Indonesia. Precisely because Indonesia is a constitutional state, everything must be done in a more measurable manner and in accordance with legal rules that are valid and valid in the country.

He asked those who object to the existence of the Perppu Cipta Kerja to explain more clearly which articles they reject or do not agree with. The Chairperson of Commission V DPR RI then also invited all people who still disagree with the birth of the Job Creation Perppu to be able to carry out a Judicial Review or sue the Indonesian Government through a mechanism that has been determined and in accordance with the rule of law.

For him, to reject or support the existence of a policy determined by the Government is a right that belongs to the Indonesian people because this country adheres to democratic principles and at the same time is a country that highly respects the law.

Because Indonesia is a country that adheres to the principles of democracy and upholds the law, society should be able to act that way and respect the laws that apply. In every decision, including when rejecting the Work Creation Perppu to take it to a Judicial Review with clear demands and also including which articles are deemed objectionable.

) *The author is a contributor to Nusantara Reading Room