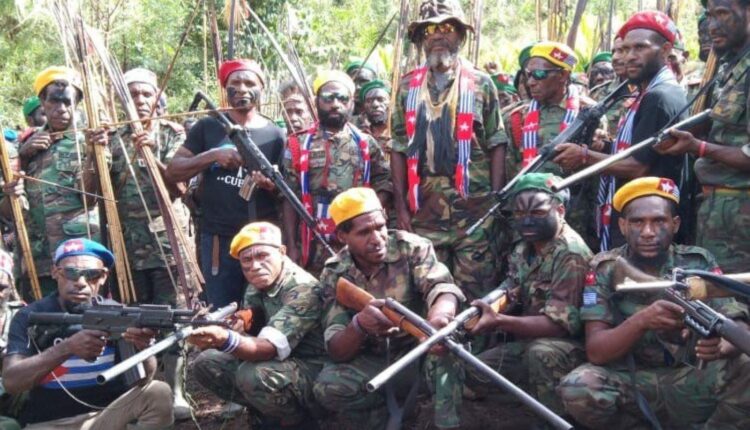 Community leaders in Papua have criticized the heinous actions that are often carried out by the Papuan Separatist Terrorist Group (KST). This is because KST Papua continues to carry out cruel actions that never end in order to achieve their main goal, separating Papua from Indonesia.

KST Papua seems to have never felt enough and is deterrent in launching its terror attacks in Papua. Terror that does not indiscriminately target anyone, be it TNI/Polri, immigrant communities, or even Papuan Orang Asli (OAP). Terror seems to have become a form of identity that can be pinned to KST Papua, because of a series of actions against the Papuan people.

This time the heinous action of KST Papua targeted residents in Nogolait Village, Nduga Regency, Papua. The sadistic attack carried out by KST Papua this time was carried out by persecuting and shooting 10 civilians, with two of them being religious leaders, namely a Ustadz and a Pastor.

Deputy Chair of the Cartenz Peace Operations (Wakasatgas) Public Relations Task Force, Adjunct Senior Commissioner of Police (AKBP) Arif Irawan in his press statement provided information about the chronology of the incident. It is known that the incident began when a member of KST Papua entered a kiosk owned by a resident with the initials H on last Saturday, July 16, 2022. The KST Papua then asked the people inside the kiosk to get out while scattering the items in the kiosk.

AKBP Arif added that at the time of the incident, 20 members of KST Papua suddenly came to the location, carrying long-barreled weapons. KST Papua then beat and opened fire on five men who were previously at the kiosk, until the five men died. Officials who received information about the heinous massacre then arrived at the scene, and finally found 10 people had died, with two others seriously injured.

Kombes Ahmad Musthofa said that the late Ustadz Daeng Marannu last performed his service by delivering the Eid al-Adha sermon at the Kenyam Mosque. Meanwhile Pastor Elias is busy as a church servant in Yereitama Village, Pija District, Nduga Regency. The incident that happened to Ustadz Daeng Marannu, Pastor Elias Sarbaye, and other victims also received sympathy from various parties. The criticism was also given by many figures in Papua, to netizens in cyberspace.

The first head of the Fellowship of the Indonesian Gospel Tabernacle Church (GKII), Reverend Petrus Bonyadone, deeply regrets that this sad event occurred. He said that the Pastor works and serves the people by being in the midst of society without having any particular interests. They should be protected, not victimized. Pastor Petrus added that this incident is a criminal case that must be handled seriously by the authorities. He hopes that all parties can work together to resolve the case, from traditional, religious leaders to the government as well as TNI-Polri officers.

The Papuan traditional leader, Yanto Eluay, also gave his response to this heinous terror of KST Papua. Yanto Eluay said that KST Papua should not carry out heinous and inhumane acts against civilians. He criticized the actions of KST Papua as well as regretted and was concerned about this recurring event. Then he conveyed his deepest condolences to the bereaved family, and wished the family fortitude.

As a traditional leader, Yanto Eluay emphasized to Papuans who have different ideas or who do not recognize Papua’s political status within the Republic of Indonesia to respond to it in a dignified manner. He also hopes that the government and security forces in vulnerable areas will always establish good communication and be able to provide detection so that similar incidents do not happen again.

This heinous and inhuman act of KST Papua led by Egianus Kogoya also received the spotlight and criticism from netizens on the Twitter social media platform. It is recorded that the number of posts reached 8,797 tweets that have been pinned by netizens to comment on and condemn this barbaric incident.

Commander of the Air Base (Lanud) Yohanis Kapiyau Lieutenant Colonel Pilot (Lt. Col. Pnb) Slamet Suhartono said that all the victims of the shooting had been evacuated using four fleets, namely one plane belonging to Rimbun Air and three helicopters belonging to the TNI-Polri, namely the Indonesian Air Force’s Caracal helicopter, a helicopter Bell belongs to the Army Aviation (Penerbad), and Police helicopters.

The RKUHP does not conflict with customary law