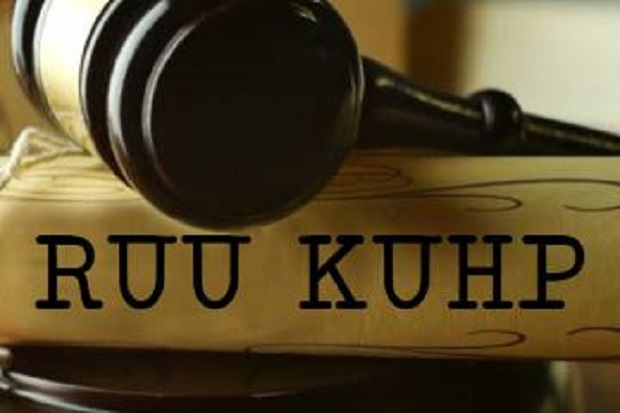 The Government of Indonesia through collaborating with many parties, especially in the socialization held by the Ministry of Law and Human Rights with helped many academics have guaranteed that all RKUHP processes from planning to discussion are able to be very transparent and absorb all forms of aspirations from the public.

Regarding this matter, Deputy Minister of Law and Human Rights, Edward Omar Sharif Hiariej explain that there were as many as 69 items of amendment and there were also deletion of as many as 5 articles in the latest draft of the RKUHP. On the other hand, the government itself continues to strive for transparency in the entire discussion process up to the ratification of the RKUHP so that it can be open to the public.

On occasion another , Dean Faculty March Eleventh Law , I Gusti Come on Ketut Handayani explain that the socialization of the current RKUHP this Keep going intensified by the government itself is a very important thing to do. This is because it will be able to encourage the realization of a legal product or law with good process.

In fact, with the existence of socialization as a form of transparency, everything has been embodied in the principle of legal legality, in which the formulation of regulations must be clear and detailed and understandable by the whole community. On the other hand, if during the planning and deliberation process, for example the RKUHP does not comply with the principle of transparency at all, then it indicates that the legal product made by the process is not good.

So with the good process as mentioned , in fact the RKUHP does very suitable to immediately push for its approval and replace the use of the old Dutch colonial Criminal Code. Ketut Handayani even emphasized that transparency and participation are absolute things to be a prerequisite for the ratification of the RKUHP.

Meanwhile, Academics University of Indonesia, Surastini Fitriasih explained _ there was a reduction in the articles in the RKUHP draft on November 9, 2022. From the previous there were 632 articles to 627 articles. He added that the journey to form the RKUHP had been quite long. In fact, it has included various kinds of input that have been endeavored to be considered.

letter confess that the Indonesian people really need legal products made native to the country because they will automatically contain the values of the Indonesian nation so that they will be far more relevant to be applied in various aspects of life . nation and state in society .

For this reason, the UI academic stated that all people can unite in supporting the creation of original legal products made by the Indonesian nation. He also hopes that the RKUHP will be implemented soon legalized because its true usefulness amazing .

On the other hand, Professor of Criminal Law at Gadjah Mada University , Marcus Priyo Gunarto explained _ the principle of balance is a consideration highlighted by the formulators of the RKUHP. The point of balance in question is that there must be harmony between individual interests, the interests of the community and the interests of the state. Not only that, but there must also be a balance point between efforts to protect victims and perpetrators.

According to him, the nation’s struggle to have a Criminal Code made by Indonesia is approaching reality. Because, Indonesia can not endure use Wetboek van Strafrecht ( WvS ) whose native language is Dutch. Precisely in the original language Dutch , then enforceability enforcement law in Indonesia, if it continues to refer to the old Criminal Code, a relic of the colonial era, it will Becomes very multi interpretation .

The reason is because the old Criminal Code only had Dutch language, so it happened a lot very possibility multiple interpretations from linguists . _ Therefore, in fact a legal product will have unclear application if it can be interpreted casually and does not have a clear meaning as a definite reference or guideline.

Prof. Marcus even emphatically stated that do not let the criminal law enforcers in Indonesia continue to make law enforcement efforts, but with references that are not at all based on from incomprehension source original because it allows for multiple interpretations.

On the same occasion, Professor of University Criminal Law Eleven March , Supanto state support for Indonesia to ratify the national Criminal Code. it _ because translation Laws originating from the Netherlands are still very diverse. Even the use of certain words can just misunderstood in different usage between Indonesia and the Netherlands. Indonesian legal politics has been codifying since 1963, which called for the draft codification of the national criminal law to be completed as soon as possible.

The existence of transparency and also the absorption of all public aspirations is indeed very good guaranteed by the government about the entire process of discussion, planning and dissemination of the Criminal Code Bill which is planned to become a genuine legal product belonging to the nation ‘s children for replace the validity of the old Dutch -era Criminal Code which has been used in Indonesia.