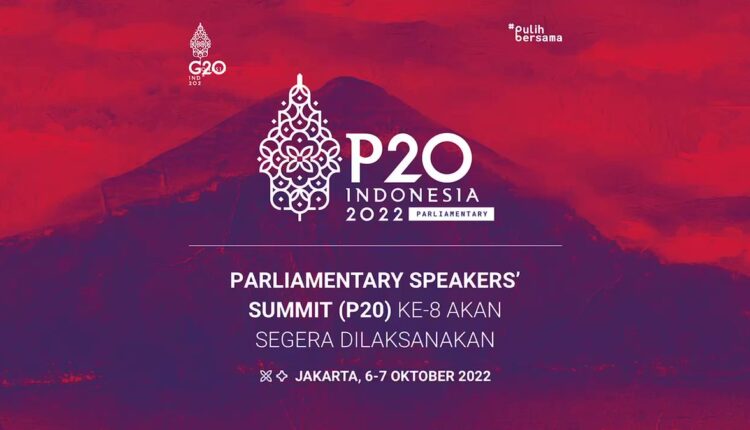 Indonesia is ready to hold the P20 international forum or the parliamentary forum of the G20 countries in Jakarta. Many improvements and improvements have been made, ranging from infrastructure to security so that the global forum can be carried out safely and comfortably.

Officially, the P20 kick off meeting has even started since June 15, 2022 and was immediately opened by the Chair of the Indonesian House of Representatives, Puan Maharani. Because it is indeed the Presidency in this year’s G20, the Indonesian House of Representatives will also host the Parliamentary Speakers Summit (P20) which will be held in Jakarta from 6 to 7 October.

In the P20 event which will be held in Jakarta, Puan said that there are at least four priority issues that will be really focused on in the discussion which will be attended directly by the chairmen of parliament members of the P20. Some of these priority issues are about sustainable development and a green economy, an inclusive economy and strong society, effective parliaments and strong democracy, as well as gender equality and women’s empowerment.

It is not without reason that these issues were chosen as a priority for discussion. The reason is, the woman who has served as Minister of PMK added that her main goal is to continue to encourage recovery while at the same time bringing a stronger and more solid future development mission.

On the other hand, Indonesia’s strength in the P20 has three objectives. In the form of increasing the parliamentary dimension to support global agendas, as well as encouraging closer interaction and cooperation between the government and parliament in implementing the results of the G20 meeting.

Firmly, the chairman of the DPR RI stated that Indonesia itself will continue to show its readiness and ability to even become a leader in the international world. According to him, the opportunity for the P20 event is also a concrete evidence that can show that between the legislative and executive institutions in the G20, the two can go hand in hand.

In fact, since 2021, when P20 was still being held in Rome, Italy, Puan Maharani stated that the Indonesian House of Representatives was very ready to receive all delegates to Indonesia. This was expressed when he received the baton to continue the next P20 performance in the country.

Firmly, the Speaker of the Indonesian House of Representatives stated that Indonesia was very ready and would again continue with the success of the Italian G20 Presidency, including their success in organizing the P20.

On a different occasion, the Agency for Inter-Parliamentary Cooperation (BKSAP), confirmed that the Indonesian House of Representatives was very ready to host the P20 forum. According to him, the DPR continues to make improvements so that it can show the best face of Indonesia when the meeting is held.

Member of the BKSAP DPR RI, Irine Yusiana Roba Putri stated that the P20 event was a very prestigious event. Therefore, Indonesia itself will really show its ability to lead and organize forums very well, including how to contribute to the national interest in international discussions.

Several preparations were also made concretely, one of which was in terms of infrastructure in order to be able to properly welcome all delegates. The House of Representatives has intensified the paving of roads in the parliament complex and also made some repairs to a number of buildings and rooms.

Not only that, but Irine added that there were also improvements to several interior parts, especially the P20 Plenary Meeting Room and main venue. Everything has been prepared in great detail starting from how it is technically. All of this is for the sake of providing comfort and also ensuring that the P20 event in Jakarta becomes a very high-quality meeting for all delegates.

Irine also emphasized that only with very thorough preparations, it is the same as Indonesia has shown how serious it is as the host of the P20 event. All of that also concerns how Indonesia’s efforts to continue to maintain its good name in global forums.

Regarding the security aspect itself, according to the BKSAP member, the DPR is very ready and will be able to condition it as well as possible. How could it not be, because Indonesia had also hosted a global forum, namely during the 144th Inter-Parliamentary Union and in fact the Indonesian Parliament was able to successfully carry it out even in the midst of the Covid-19 pandemic.

Because of this very guaranteed security aspect, even the world has recognized how Indonesia’s skills in controlling and securing the Covid-19 pandemic are so that global forums can be held safely and comfortably.

So it is undeniable that Indonesia itself is indeed