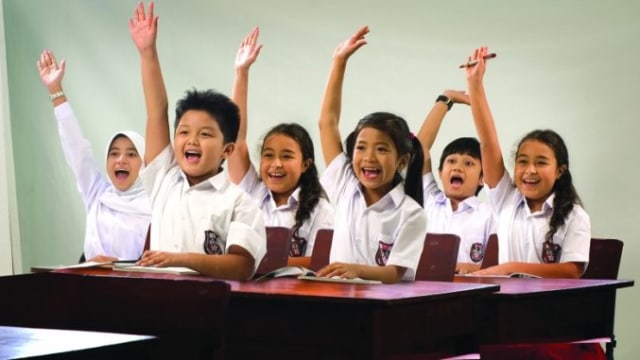 This condition cannot be tolerated because it will cause too large an inequality so that it can create a gap in education in the world. During the 144th IPU session in Bali, this issue came to the fore.

In these two years, Indonesia has always voiced that the education sector must be an important focus so that there is no too far distance between education in the world. This was hampered by the long Covid-19 pandemic.

Of course, this must be a joint concern of all participants of the 144th IPU. The importance of a solution in balancing the wishes of developed countries whose education continues as usual through online zoom, with developing countries whose internet network is still very weak. .

As is known, the discussion on the issue of education inequality has become quite a debate in the IPU session in Bali. There was a difference of opinion regarding the effort to provide teachers and it should be able to reach even remote places. In addition, there are also suggestions that arise regarding the regulation of student capacity in one classroom.

Developed countries, as is known, have already built infrastructure such as fiber optic infrastructure, internet and so on. However, developing countries have not yet fully developed the infrastructure due to geographical constraints and very limited costs.

On the other hand, in contrast to developing countries, education has not yet completely become a community need. They still think short term not long term. Therefore, in addition to sophisticated technology in supporting education in developing countries, it is also necessary to increase public awareness of the importance of education. That way, developing countries can gradually catch up with developed countries that are already established from various sides. It is of course a necessity.

Indonesia’s attitude in voicing the balance of education between developed and developing countries should be appreciated because even though there are differences of opinion about it. However, Indonesia was able to successfully fight for it so that the developed countries participating in the 144th IPU could understand and understand the purpose of Indonesia’s struggle for a balance of education in the world. With the completion of the 144th IPU in Nusa Dua Bali, it is hoped that all IPU delegates present can bring messages or the results of the IPU Bali to their respective countries so that they can be implemented so that there will be real action on the agreements contained in the 144th IPU.

Indonesia is an Investment Friendly Country