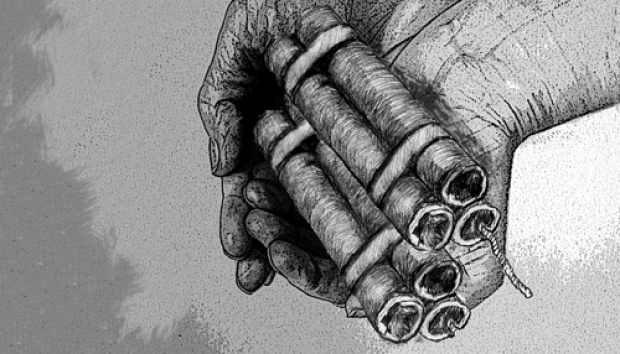 Beware of the Spread of Radical Understanding to Political Parties

Radicalism is a very dangerous understanding because it can undermine the country from within. The radicals always insisted on forming a caliphate state and did not approve of Pancasila and the 1945 Constitution. Even though they did not contribute anything during the war against the VOC, they came and insulted the Indonesian government arbitrarily.

Recently there was the arrest of Farid Okbah, the chairman of a political party. The arrest by Densus 88 was surprising because the public did not think he was involved in radicalism. Indeed, the average radicals are good at hiding their modus operandi, so they can move smoothly in Indonesia, while secretly searching for prey.

The public is asked to be more aware of the entry of radicalism into political parties. After all, there are only 3 years left for the presidential election. Do not let many who sympathize with a party but it turns out that it contains radicals, and later they will become important officials in Indonesia.

If this is the case, what will the future of Indonesia look like? It will be very scary because it is possible that Indonesia will be changed from a democratic state to a caliphate state, and the 1945 Constitution and Pancasila they are trying to abolish. The future of the country could be shattered in the hands of radical groups.

Therefore, before joining a cadre of a political party or its sympathizers, do not be careless. Especially if there is the lure of gifts or facilities provided by a political party. Don’t be easily tempted, because it could be the modus operandi of a radical group pretending to be the administrator of a political party. There can’t be a free lunch, because it’s possible that the initial giveaway will be a problem in hindsight, and you could be dragged into a case of radicalism if you are seduced by their trickery.

First, explore the history of political parties, their vision and mission, as well as the profiles of their founders and administrators. Currently, searches can be done very easily on the internet or just check their social media accounts. If they often share hoaxes, propaganda, or shun the government, and then sympathize with ISIS, it is certain that the political parties are radical.

Checks and checks really have to be done so you don’t regret it. The reason is, if you have already become a cadre of a political party, and it turns out that it contains members of a radical group, it will be very difficult. They can do brainwashing so that you and your family will believe in radicalism, and in the worst case, they will become terrorists. Do you want your life to end because you are forced to be a bomb bride? Of course the answer is no.

If you are a member of a radical political party and are not yet at the level of brainwashing, you may be involved in cases of radicalism and terrorism. The reason is, hiding terrorist members is also considered a crime, and it could be that party friends involved in terrorism take advantage of your innocence. Don’t want to live in prison because of them.

Even if you are not a member of a radical group and only a sympathizer, you must also be vigilant. Don’t let them be elected in the election, because they can abuse their power. Indeed, the election is still a long way off but it never hurts to be vigilant and face every worst possibility.

Therefore, we must increase our vigilance against political parties involved in radicalism. We must not be persuaded to become cadres because of the lure, when in the end we are invited to become radicals and brainwashed into terrorists. Radicalism can destroy a country, therefore it must be eradicated to its roots. Don’t let yourself be dragged into it.