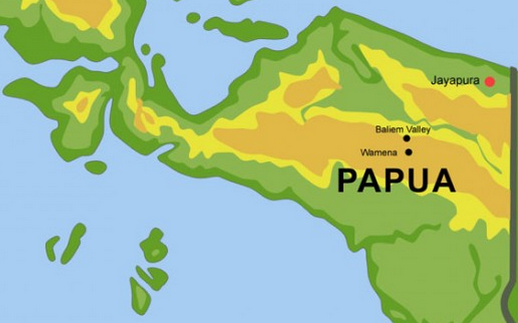 Special Autonomy (Otsus) for Papua is a government policy that is able to revive Papua, thanks to the existence of special autonomy, not a few young Papuans can pursue higher education both at home and abroad.

The Special Staff (Stafsus) of the President of the Republic of Indonesia, as well as the CEO of the Kitong Bisa Foundation, Billy Mambrasar, considered that the Otsus program was an important program. Because with this policy, the younger generations in Papua and West Papua can become more educated, so they have a chance of success or higher aspirations.

According to Billy, the best investment is in humans. Because by doing so, civilization will automatically be awakened. He also hopes that in the future, Papuan human development through education in the Special Autonomy Program will not be reduced.

Billy explained that investing in human development is the right step, because they are the ones who will build their own civilization. The existence of Presidential Instruction Number 9 of 2020 shows the government’s commitment to development, by involving all components of the people.

He continued, Billy assessed that the realization of the special autonomy program would take a long time. This is because even developed countries are still in the process of building their civilizations.

Meanwhile, the Chairman of the Jabodetabek Bintuni Student Association, Malkin Kosepa said that the government had guaranteed that the special autonomy was not lost, only that it was evaluating improvements, so that the people of Papua and West Papua would really feel it.

Malkin said, currently Otsus is being evaluated, not ending, as long as the law is not repealed, it will continue to be canceled. Given special powers by the state, but its implementation needs to be thoroughly evaluated.

He said that the spirit of determining the status of Otsus is to give the widest possible authority to local governments to formulate, compile and design development strategies needed by the Papuan people so that their rights are protected.

On a different occasion, the Secretary General (Sekjen) of the National Papuan Student Alliance (AMP), Rajid Patiran, assessed that if Otsus still has problems, not then referendum issues will arise. In fact, now the most important thing is to build the welfare of the Papuan people.

Therefore, the Special Autonomy Fund and development in Papua and West Papua must harmonize human resource development and physical infrastructure development. Rajid also considered that the special autonomy system indeed needed to be evaluated so that policies at the provincial to district level could be uniform because there was often dualism.

Support for the sustainability of Otsus comes from Thaha Al Hamid, however, he also assesses that there are still several problems that must be fixed so that Otsus is effective and can make the people of Papua prosperous.

Thaha stated that this otsus is a win-win solution, and this is a mutual agreement, like it or not, like it or not, if there are weaknesses, let us fix it. Another thing that must be discussed is the management of future autonomy.

In line with this statement, political observer Boni Hargenis said that the special autonomy system is an effort to resolve problems in Papua. Meanwhile, another observer, Arya Wishnuardi, thinks that Papua will be more advanced if the special autonomy is extended, of course with some improvements that must be made.

Papua and West Papua are part of the Republic of Indonesia, so it is appropriate for the government to show its concern so that the Papuan people can experience development thanks to the injection of special autonomy funds. Of course, this policy must be monitored and evaluated in order to avoid misappropriation of funds.