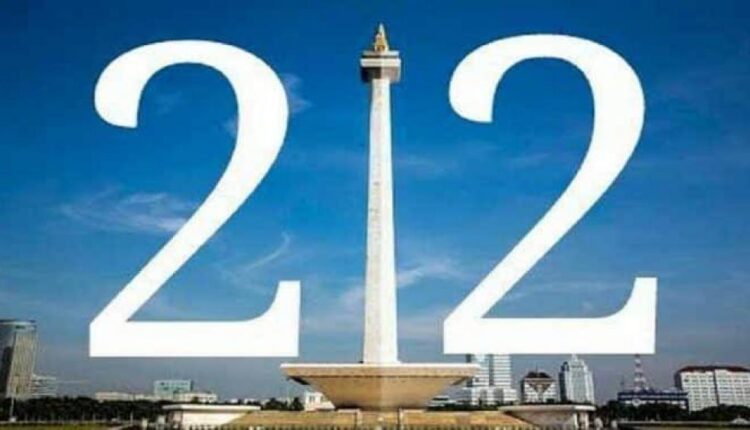 Beware of PA 212’s Political Maneuvers to Use Pancasila Issues

Pancasila has been fixed as the basis of the Indonesian state. But unfortunately it was politicized and ‘fried’ so that it seems as if the current government doesn’t love Pancasila. The issue was blown up in cyberspace and exploited by the PA 212 organization. The aim was to attack the current government.

September is a month that is always remembered by the Indonesian people because on September 30 the G30S PKI incident was heartbreaking. To commemorate this event, PA 212, which is part of the anti-communist national alliance, will watch the G30S PKI film together. It also awakens people’s memory about this event.

According to the head of the National Ulama Fatwa Guard Movement, Yusuf Muhammad Martak, before watching the movie together, there is prayer and prayer together. This event was held not only in Jakarta, but in other areas. With the condition that they adhere to health protocols, so that the audience does not overcrowd.

Unfortunately the places chosen were mosques and prayer rooms. If for prayer together, it is suitable. However, to watch a movie together, it feels less ethical and damages the sanctity of places of worship. Is there no other place such as a hall or meeting hall? Or maybe there are no funds for renting a building, so you raid the mosque and even pollute it with worldly activities.

This plan is also very surprising because the film G30S PKI is an old program that is no longer obliged to be broadcast on television since the reform era. The reason is, there are several things that are considered inconsistent with actual events. Why watch a film that some people consider in the horror category because there is an exaggerated depiction of the PKI’s atrocities?

Amoroso Katamsi, one of the actors in the G30S PKI film explained that in this film there was an element of political content. The history is also not 100% published, so it is still gray, and not all the events in the film contain the truth. If this film is shown again, the fear will spread hoaxes throughout Indonesian society.

From the plan to watch together, there is even an indication that PA 212 wants to spread to the public that the current government must be watched out for and is analogous to the new PKI model. Moreover, they said that the government did not side with the people. Also accused that Pancasila had been betrayed. Even though everything is wrong.

Although they argue that the plan to watch this together is also in the context of welcoming the Pancasila miracle day, it is doubtful. Commemoration of the Pancasila miracle day can be done with a ceremony, a donation event, or other things. Instead of watching a film that too dramatizes the situation and doesn’t fit the facts that happened in the 60s.

The event became more political because the organizers were the anti-communist national alliance and PA 212, which since its inception had put it in opposition and was often jealous of the government. PA 212 was originally established to bring down Ahok and Jokowi was considered his close friend. Jokowi’s government continues to be demonized and accused of this and that.

The government is always said to be anti-Pancasila and pro-PKI only because the president has a different opinion with PA 212. In addition, PA 212 feels ashamed because the champion has always lost since the 2014 presidential election. .

People don’t want to be provoked by them. If invited to watch together, refuse gently. Do not also want to be asked to distribute flyers for the Nobar event, because it is the same as supporting them.

We must be aware of the provocations of PA 212 which think the government does not care about Pancasila. There is no need to pay attention to watching the G30S PKI film together. Because the film does not match reality and when it is played again, there will be provocation that the current government is the same as in the past.

Beware of KAMI Political Action Amid the Covid-19 Pandemic