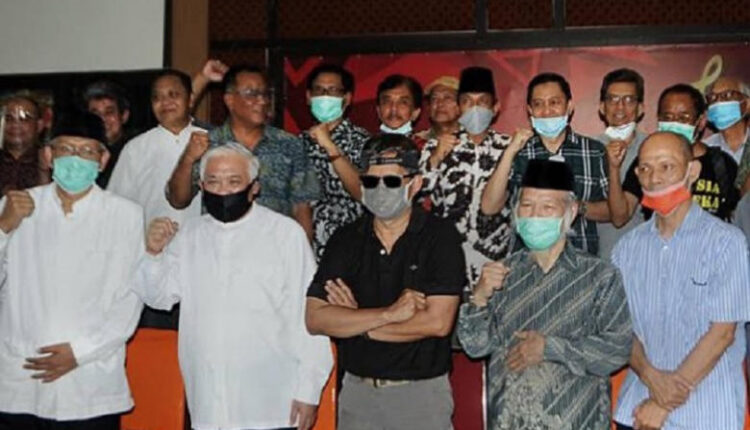 Beware of KAMI Political Action Amid the Covid-19 Pandemic

The Coalition for Action to Save Indonesia (KAMI) came to the fore by cooperating with various influential opposition figures. However, instead of a moral movement to save Indonesia, this movement seemed to be looking for a political stage to find the masses.

A number of government opposition figures under Din Syamsudin formed the Coalition for Action to Save Indonesia (KAMI). PDI-P politician Kapitra Ampera accused the KAMI movement of being born due to the impact of defeat in a political contestation arena.

Kapitra also considered that KAMI were trying to gain power but did not dare to reach it through the mechanisms implemented in the Indonesian democratic system.

He said the Movement was present because of defeat in political contestation, and tried to have power in politics, but did not dare to go through a democratic system and separation of powers, namely through checks and balances between the executive and legislature.

Kapitra suspects that KAMI are merely formed as a political movement for the figures who join it. Not as a movement made to save Indonesia.

Kapitra assessed that this could be seen from the actors who participated in the movement, in fact they were figures who were at odds with Joko Widodo in the 2019 Presidential Election.

On the other hand, Kapitra also criticized the narrative that KAMI echoed by using the term moral movement in the identity of the struggle. It is known, KAMI declare itself as a moral movement of the Indonesian people from various elements and components.

Kapitra emphasized that the narrative was inappropriate and very low because the KAMI movement emphasized solely on political competition.

KAMI Presidium Din Syamsudin also acknowledged that the movement initiated could not be separated from politics.

Some people think that our presence is considered normal in a democratic country. Indonesian President Joko Widodo took the declaration casually because Jokowi’s strength rests with the people, not the elite.

Especially during the trip, Jokowi encountered resistance or opposition from the elite. However, history has proven that the people prefer Jokowi.

However, the emergence of KAMI has also received harsh criticism from the Democratic Party, which last year became Jokowi’s political opponent.

Democratic Party politician Ferdinand Hutahaean criticized that KAMI members did not want to save Indonesia, but instead divided the nation.

He also mentioned that KAMI members are victims of personal and group political egos. He continued, KAMI are also considered to have the goal of manipulating democracy and freedom of association.

This movement seems to have spread outside of Jakarta and even abroad. After being declared for the first time at the Proclamation Monument, Jakarta on August 18, 2020, the declaration was also made in Central Java, Yogyakarta and Solo on August 20.

Not only in the regions, the KAMI declaration has also been held abroad, namely Australia on August 22 last. The declaration is made virtually or online.

This declaration also apparently does not follow any health rules or protocols that aim to prevent the transmission of covid-19. They seem to forget that during the covid-19 pandemic the survey from Charta Politikan showed that people’s satisfaction with Jokowi’s government reached 70.7%.

On a different occasion, Abdul Kadir Karding as a PKB politician considered that what KAMI was doing was a coalition of people who lost the 2019 Presidential Election (Pilpres).

According to him, this can be seen from the figures who are members of the KAMI, who are mostly people who are disappointed with the results of the 2019 presidential election.

Karding also views that the KAMI declaration is an inappropriate step. In a democracy, the best position that the loser in the presidential election should take is to support the government for things that are positive.

On different occasions, the North Sumatra Islamic Student Association (Badko HMI) Coordinating Board gave its harsh criticism. According to HMI, WE better focus on helping prevent the spread of the corona virus.

In a pandemic situation like this, the most important thing is to foster a positive, optimistic spirit and not to lead the public to have a pessimistic attitude towards the future progress of the nation.

Beware of PA 212’s Political Maneuvers to Use Pancasila Issues