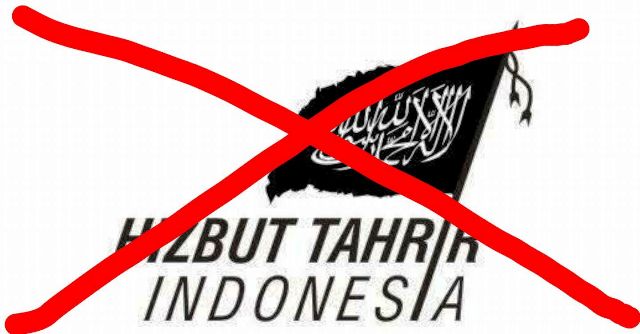 When the FPI was dissolved by the government, the people immediately agreed to it. The reason is, they have been a disruptive organization in this country for too long. apparently apart from FPI, the government has also dissolved HTI. This mass organization was also frozen because it was indicated that it contradicts the Pancasila and the 1945 Constitution.

FPI was dissolved in December 2020 based on the SKB 6 heads of institutions. After being disbanded, this mass organization automatically cannot operate in Indonesia, either in secret or openly. His attributes are also strictly prohibited. Meanwhile, another mass organization that has been disbanded is HTI. In fact, he had already finished his history, in 2017.

The dissolution of FPI and HTI for the same reason. They indicated that they were not loyal to the state because they rejected Pancasila and the 1945 Constitution. In fact, this shows the absence of nationalism in the chests of their members. Also violates Law number 17 of 2013 concerning mass organizations. So it is natural that the two mass organizations were dissolved by the government.

The community even cheered happily when FPI was disbanded. Because so far these mass organizations have tended to be controversial. First, they do sweeps around the clock during the month of Ramadan at a shop that is open during the day. Even though it is possible that those who eat are people who are not obliged to fast because non-Muslims or mothers who are menstruating.

Second, FPI arbitrarily protests ahead of the feast days of people with other beliefs. They are rude and want to remove all the Santa Claus statues, red hats, and cypress decorations with green and red ribbons. This action shows that they fail to understand pluralism and do not respect differences in Indonesia.

Meanwhile, when HTI was still actively operating, it made a big mistake by campaigning for a khilafiyah state. This concept is certainly at odds with Pancasila and Bhinneka Tunggal Ika, because they cannot accept differences in society. In addition, there are 6 beliefs recognized by the state, so they cannot accept the concept of khilafiyah.

The community considered the dissolution of FPI and HTI to be special, because they felt that the government had done the right thing. As many as 66% of DKI Jakarta residents and 78% of the people in East Java agreed to the disbandment of FPI, according to the SMRC survey. This survey is reliable because it is on a national scale and the margin of error is very low.

From the results of this survey, we can see that the community does not regret the disbandment of FPI and HTI. They even supported the government’s steps 100%, because the two mass organizations were dangerous if they were left alone. If FPI and HTI members continue to roam, it will interfere with the country’s sovereignty.

How can Indonesia be peaceful when FPI and HTI members are hot, ahead of the feast of people with other beliefs? As if it would hurt her, but it wasn’t. They never understand that differences are beautiful and the Indonesian people will continue to have the principle of diversity and diversity, different from one origin.

The disbandment of FPI and HTI is even grateful because people long for peace. When the two mass organizations are not allowed to operate, the residents can freely celebrate whatever they want, of course as long as they do not violate social norms.