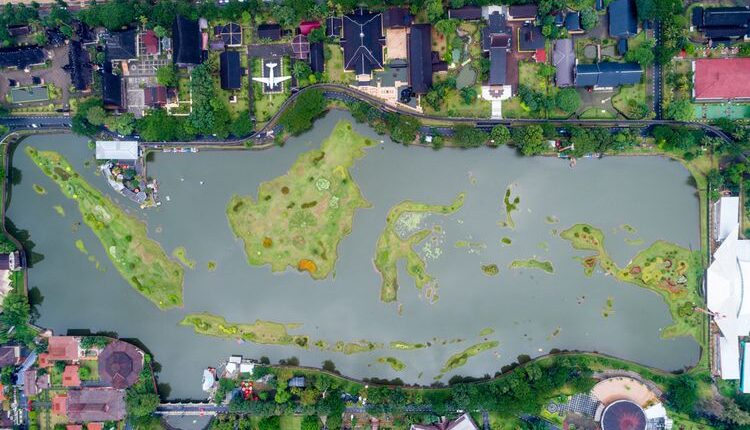 Taman Mini Indonesia Indah (TMII) has been taken over by the government. This action is fully supported by the community, because when building it uses state funds. So that the status of this educational and entertainment vehicle belongs to the state, not to private companies.

The legal basis for the takeover of TMII is Presidential Regulation number 19 of 2021 concerning the management of TMII, which was signed by President Jokowi on March 31, 2021. After the Presidential Decree, TMII will officially be managed by the government, under the command of the Ministry of State Secretariat.

Secretary of the Ministry of State Secretariat Setya Utama stated that for 44 years TMII was managed by the Harapan Kita Foundation, they had never deposited a cent of their income to the government. In that sense, it is as if the management of the foundation forgot that TMII was built with government funds.

Setya added that the acquisition actually originated from the Ministry of State Secretariat, which provided input to TMII managers to improve service quality. However, it was the Supreme Audit Agency that recommended taking over TMII. The government also wants to manage TMII itself without the interference of the foundation, in order to generate more income and increase state money.

The acquisition of TMII is expected to improve TMII’s services. Because this educational and recreational vehicle has great potential, because it does not only provide entertainment to visitors. However, there is also a variety of general knowledge conveyed, through traditional houses, regional clothes from various provinces, Indonesia’s natural wealth, etc.

If TMII’s services get better after being held by the government, it is hoped that it will be busier and increase the state treasury. Moreover, the PPKM will soon end. It is hoped that TMII can be opened by complying with health protocols and welcoming visitors with joy, and reducing the risk of forming a new corona cluster. Because everyone wears a mask and is diligent in washing their hands.

The acquisition of TMII should not be viewed as an attitude of the President to enrich his family. Because the Harapan Kita Foundation was initiated by the late mother Tien Soeharto and is currently managed by the Cendana family. If TMII is taken over by the government, then the government will manage it, not Kaesang Pangarep or other families of the President.

President Jokowi never intended to accumulate wealth when he became RI-1, because office is a mandate of the people. So it is hoped that the news about the acquisition of TMII will not be twisted, as if it will benefit the President’s family. Even though this takeover is in order to improve TMII’s services in order to further benefit the community.

In addition, it is hoped that the acquisition of TMII will make it a tourist spot with a more international standard. Because he is 44 years old and the contents need to be updated again, so that it will attract more people to visit him. For example, it can be added with the most modern game rides, traditional dance performances, new creations, contemporary, etc.

It is hoped that TMII’s takeover will make its management more professional. So that visitors who vacation there are not only local tourists, but also foreign tourists. After the opening of the airport for foreigners, they can have a vacation in Jakarta and enjoy the beauty of TMII, as well as learn about Indonesia’s rich and exotic culture.

The acquisition of TMII is an effort to promote the recreation area, so that the visits will be more crowded and not boring. When the government is in charge, it is hoped that there will be new innovations that can attract a lot of tourists. Not only local tourists, but also foreign tourists. They like to have a vacation at TMII because the place is beautiful and they can learn about Indonesian culture at the same time.