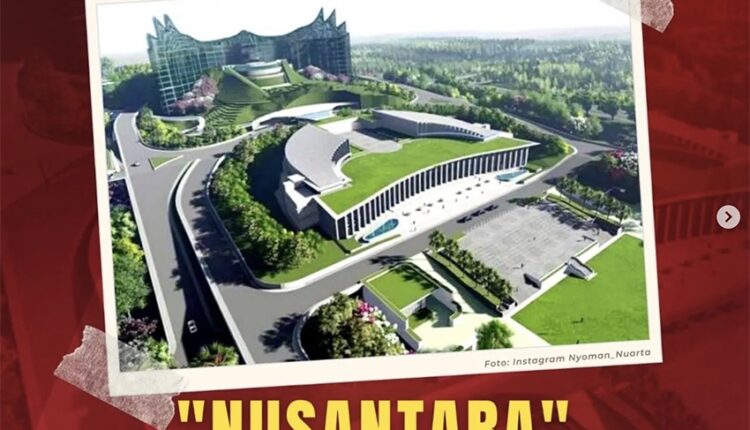 IKN Becomes a Symbol of Indonesia Having Great Economic Power

Jakarta – Indonesian people are currently focused on the New State Capital which will be in East Kalimantan. The capital of the New State will later become a new icon of Indonesia, which previously all focused on Jakarta. This is the decision of President Jokowi’s government that will carve out the history of the Indonesian nation’s journey to become a developed country.

The government has decided to make Nusantara, East Kalimantan, the new State Capital (IKN) to replace Jakarta. This is confirmed by the issuance of Law Number 3 of 2022 concerning IKN. It is not easy to make a decision to move the National Capital, but with a visionary thought President Jokowi will make Indonesia a great country with economic strength that deserves to be respected internationally.

Seeing these conditions, Chairman of the Indonesian Chamber of Commerce and Industry Arsjad Rasjid said, IKN   is the future of Indonesia, a symbol of Indonesia Gold. IKN is also a hope for new economic growth.

Arsjad Rasjid hopes that IKN can encourage the acceleration of equitable development in Indonesia. In addition, Indonesia can also become a magnet for the world economy.

According to him, IKN is also a symbol of Indonesia as the 4th largest economic power country in 2045. This can prove Indonesia’s success in overcoming the global economic crisis that has hit a number of countries in the world, including Europe and Latin America.

Arsjad added, in achieving the vision of Indonesia Gold 2045, Indonesia can not only depend on development on the island of Java, but also must explore and optimize all the potentials that exist in the territory of Indonesia. In this way, IKN becomes a new solution and hope for Indonesia.

This is also in line with what President Jokowi said that with the existence of IKN, it is hoped that it will bring about development that is Indonesia-centric, not just Java-centric.

Arsjad explained that IKN development certainly cannot happen if it is only realized by the government. IKN must be built together with the spirit of mutual cooperation, especially by domestic and foreign investors and combine the best ideas in Indonesia.   This means that an optimal contribution is needed from both the private and public sectors.

Furthermore, Arsjad added that IKN does not only act as a new economic center by shifting the center of economic gravity outside Java. However, IKN is also expected to become a symbol of a new Indonesia that is ready to respond to global challenges in the future.

Not only that, Arsjad is optimistic that IKN will become a world standard as a livable, intelligent and sustainable city.

Arsjad supports the development of IKN Nusantara. He explained that IKN Nusantara has an extraordinary concept because it combines the concept of a smart, sustainable and forest-based city, one of which is financed through carbon trading.

IKN has a vision of ‘Smart, Green, Beautiful, and Sustainable’. This vision is translated through the development of a city that is side by side with nature through the concept of a forest city and smart and intelligent city.

Through its vision, it is hoped that IKN can become a city that puts forward social and modern inclusion, while still paying attention to environmental sustainability and sustainability.