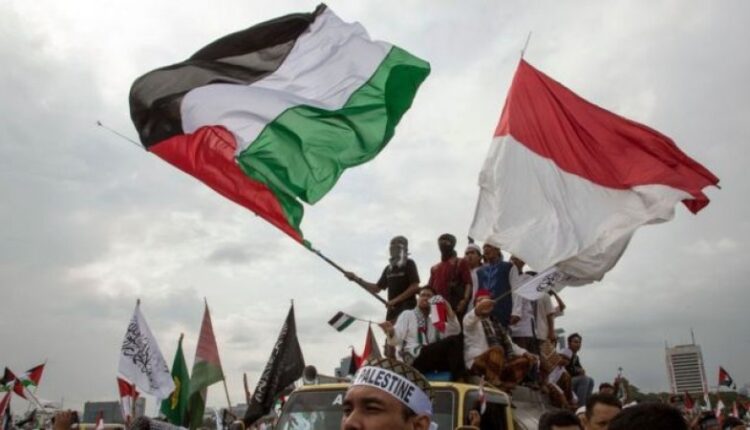 Indonesia Will Always Side With Palestine

When Palestine was attacked, the Indonesian government condemned and strongly criticized the attack . The President has always emphasized that Indonesia is pro-Palestine and does not side with Israel. Because Indonesia and Palestine are already on very good terms, even before Indonesia’s independence.

The atrocities that have occurred in Palestine are very stifling, because in this millennial era there are still some who colonize other areas at will. The whole world has sympathy for the Palestinians, because they are so sorry for them, they have to live under the fear of rocket attacks from Israel or gunfire from soldiers milling about.

Indonesian President spokesman Fadjroel Rachman stated that Indonesia will always side with Palestine. This is in line with President Jokowi’s statement condemning the expulsion of Palestinians from East Jerusalem and violence against residents in the Aqsa Mosque compound.

Fadjroel added that Indonesia would take concrete steps in the form of sending humanitarian aid to the Palestinian people. Because there is still a lot of conflict, there are no ships or planes going straight there. Instead, cash assistance was distributed to the Palestinian Embassy in Indonesia. this is the official and only channel for helping those in distress.

In addition, the Indonesian government is in discussion with neighboring countries, such as Malaysia and Singapore, to stop Israeli aggression. They are united in urging the UN to take a firm stand in stopping this atrocity. The reason is because during the attack, the victims who fell were always innocent women and children. So that the atrocities of the Israeli army violate human rights.

The UN finally reacted and Secretary General Antonio Guterres issued an official statement. He stated that attacks on the Palestinian population could not be justified and demanded a ceasefire. One of Antinio’s considerations in taking a firm stand was the Indonesian government’s insistence. We are considered quite influential because we are members of the UN Security Council.

Finally, the Indonesian struggle had a sweet fruit when the attack on Palestine was stopped and there was a ceasefire. The Palestinian people cry happily because they are free from the threat of war. The Indonesian population is also relieved that the government’s defense has yielded positive results.

Why does the Indonesian government always defend Palestinians? First, this is a humanitarian issue, because the attack on the Palestinian border brought casualties, most of whom were innocent children. How can they attack civilians who have no weapons to fight back? If left alone, it will be genocide like during World War 2.

Second, Indonesia and Palestine are like close brothers, due to historical factors. Palestine is one of the countries that recognizes Indonesia’s independence, even Palestinian mufti traveled around and helped convince other countries in the Arabian peninsula to recognize it as well. So that we can get a legal independent status and are recognized by international law.

While the third, Bung Karno also acknowledged brotherhood with Palestine. Our first president firmly rejected the offer of diplomacy from Israel to open their embassy in Indonesia. Even though at that time Israel dared to pay dearly, Bung Karno flatly refused, on the grounds that he was more in favor of Palestine. Until now, there is no diplomatic relationship between Indonesia and Israel.

Indonesia’s siding with Palestine is understandable, due to historical factors and the background of the same population. In that sense, the two countries both have citizens who are predominantly Muslim. So that the brotherly relations between Indonesia and Palestine have remained close since decades ago, and always support each other.

Indonesia will continue to side with Palestine because the two countries have been close friends for a long time. The suffering of the Palestinian people is also felt by Indonesian citizens. Apart from sending aid, the Indonesian government is also using diplomatic channels so that Israel will withdraw and hold a ceasefire.

) * The author is a contributor to the Red and White Institute

The Danger of Spread of the Mutation Virus from India, Let’s Prevent it with 5M Discipline

TWK KPK employees do not need to be polemic