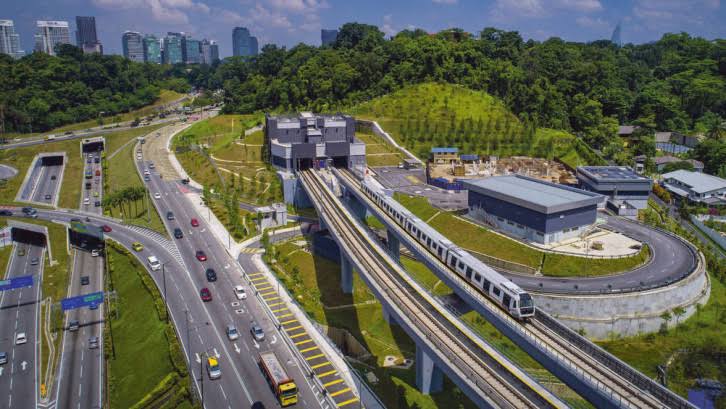 Infrastructure Development is Beneficial to Society

President Jokowi inaugurated the Tukul Dam in Pacitan, February 14, 2021. Apart from the Tukul Dam, there are also the Tapin Dam, Toll Roads, and other infrastructure built by the government. These various infrastructures are useful for accelerating mobility, preventing flooding, and facilitating transportation for residents.

Since being appointed President of the Republic of Indonesia (first term) in 2014, President Jokowi has been aggressively building infrastructure. Various giant projects were initiated, both in Java and outside Java. So that there is equitable development in Indonesia. People feel happy because Indonesia is progressing and the infrastructure built is really useful.

One of the infrastructure recently inaugurated by President Jokowi, on February 14, 2021, is the Tukul Dam. The dam, which is located in Pacitan Regency, was built for 6 years. The President hopes that this dam will increase food security. He also asked the Governor to take advantage of it, thereby facilitating clean water and increasing agricultural production.

Apart from the Tukul Dam, there is also the Tapin Dam which was inaugurated on February 18, 2021. The dam, which is located in Tapin Regency, South Kalimantan, is infrastructure completed by the Ministry of Public Works and Public Housing. The investment value is more than 1 T rupiah and the water filling process will last until March 2021.

Basuk Hadimuljono , Minister of PUPR stated that the Tapin Dam was built to control floods and support national water and food security . In addition, the dam can also be used to channel energy, the potential for mangrove water, even for tourist purposes. In a sense, it will be very beneficial for the people in South Kalimantan .

Apart from these two dams, there is also the Napun Gete Dam in NTT and the Sindang Heula Dam in Banten. The construction of these dams does require fantastic funds, but not to be seen as a waste. Because the benefits far outweigh the costs, and can be used for decades.

The President has indeed been aggressively building infrastructure in the National Economic Development project. So that in addition to building dams, they also construct other facilities for the people, such as the Trans Papua Road, the Pandaan-Malang Toll Road, the Solo-Yogya, Kediri- Kertosono Toll Road , etc. Outside Java there are also the Manado-Bitung and Banda Aceh-Sigli Toll Roads.

Toll road construction is very beneficial, because it can accelerate community mobility . They can pass quickly, thus shortening the time and are not afraid of being stuck in traffic like on ordinary roads. The toll road can also be crossed before the holidays, so that it can be quickly arrived at the time of going back to my hometown.

When the mobility is fast via the toll road, the goods can arrive quickly too. The effect is to facilitate the business of traders. Especially if what is carried by a pickup truck or truck is perishable object, for example chicken eggs, food, or others. So, the toll road will minimize the risk of delivery and avoid losses.

The community does not have a problem with toll road payments, because for them, it is very commensurate with the facilities. Besides being able to pass quickly, there is also a rest area as a place to rest. There is also CCTV so keep an eye out if anything bad will happen there.

The community is very grateful because the infrastructure built by the government is very useful. So that APBN funds are actually used for the people. All Indonesian citizens who benefit, because of the various facilities built during the administration of President Jokowi.

Tapin Dam, Tukul Dam, toll roads, and various other infrastructures are not just made for imaging. The construction of these facilities is aimed at the people’s welfare. So that they don’t run out of clean water supplies and are free from flooding. In addition, toll roads also facilitate mobility and support community businesses.

Appreciate the Implementing Regulations of the Job Creation Law

Fight Hoaxes and Succeed in the Corona Vaccination Program