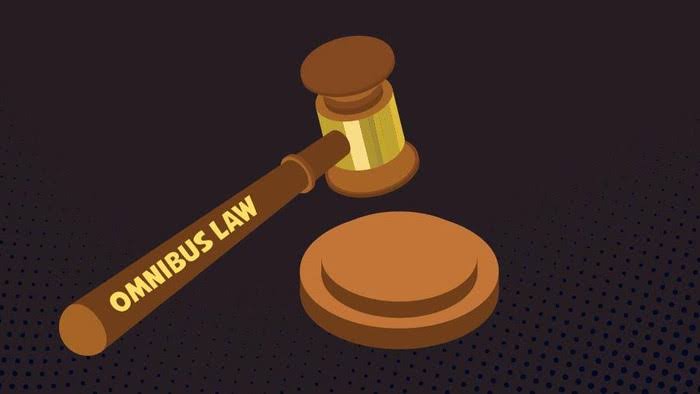 By: Argo Dirgantara) *
The demographic bonus can become a time bomb if it is not addressed, in anticipation, the government is optimistic that the Job Creation Law will be one of Indonesia’s solutions to face the demographic bonus in the future.
The Secretary General (Sekjen) of the Ministry of Manpower (Kemnaker), Anwar Sanusi, hopes that the issuance of the Job Creation Law will create a more conducive investment climate while maintaining the welfare of workers / laborers. In addition, the Job Creation Law is believed to be able to encourage increased labor productivity by optimizing the roles of vocational training centers.
On another occasion, the Indonesian Young Entrepreneurs Association (HIPMI) has encouraged the government to establish a clear roadmap to measure how effective the Job Creation Law will be on the growth of investment and employment. Head of Finance and Banking at BPP HIPMI, Ajib Hamdani, said the government must make a roadmap so that it can contribute to economic growth.
HIPMI assessed that the government must make an investment roadmap so that it can optimally contribute to economic growth. Later, the effectiveness of the Job Creation Law must be measured its effectiveness. HIPMI said that the measure of effectiveness is measured from two sides. First the work target and second the result target. The work target is about how the government makes an active effort, makes proposals to each country with potential investors and the formation of an investment task force. Meanwhile, the target yield is how many targets can be realized per certain time period.
Meanwhile, realization is measured by commitment to realization and also by measures of realization execution stage. The incentives given must be guarded, to ensure that investment commitments are well realized. On a different occasion, the results of the 2020 population census released by BPS, reiterated the big challenges and opportunities of the large number of productive age population that Indonesia will face.
Based on the latest census, the majority of Indonesia’s population is young, dominated by generation Z and millennials. For the record, Geberasi Z is a resident who was born in 1997-2012. While the millennial generation are those who were born in the 1981-1996 period. Executive Director of the Center for Youth and Population Research, Dedek Prayudi said the demographic bonus is a demographic transition in which the population of productive age is at least twice the population of the unproductive age. The peak of the demographic bonus will occur in 2024.
In his written statement, Dedek said, the key to succeeding him is productivity. To encourage this, of course what is needed is healthy Indonesian human resources, educated / trained and have a job. Meanwhile, the Capital Investment Coordinating Board (BKPM) states the Job Creation Law (UU) as a precautionary measure against the demographic bonus in 2030. .
Through this regulation, he is optimistic about inclusive investment. Until finally opening up wider employment opportunities. The Head of BKPM, Bahlil Lahadalla said, the nation’s children who are looking for work are around 15 million. The question is, is this number sufficient to become all civil servants? Of course not, so the entry point is how investment exists in Indonesia.
The government also believes that the Job Creation Law can provide certainty in doing business, including speeding up the licensing process. Regarding investment, Bahlil revealed that investment realization in 2019 reached Rp. 809 trillion, or 102.2% of the realization target. Of course, the implementation of law Number 11 of 2020 concerning Job Creation is expected to be carried out well, so that it is able to lead Indonesia to become an economic leader in Southeast Asia or ASEAN.
Labor observer Tadjudin Noer Effendi assessed that with the demographic bonus that Indonesia has, the Job Creation Law is expected to be able to absorb as many workers as possible. He believes that the Job Creation Law can lead Indonesia to become a leader in ASEAN, where currently conditions in neighboring countries such as Malaysia and Thailand have entered the phase 4 demographic transition period where there has been a decrease in births and an increase in old age.
If the Job Creation Law can accelerate the growth of employment, of course a lot of labor will be absorbed so that the demographic bonus can be Indonesia’s strength in boosting development, especially in the economic sector. Of course, there is great hope if the omnibus law can be implemented properly to be able to bring Indonesia to become a developed country in the next 2040.