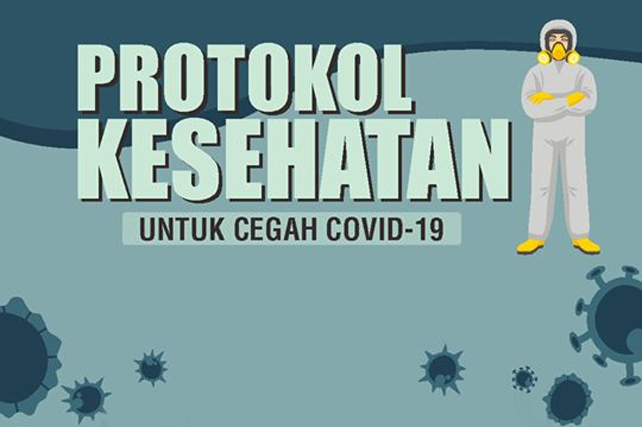 Even though tourist attractions and places of worship have been opened, it does not mean that people are ignorant of the implementation of health protocols, especially since the pandemic status has not ended and vaccinations have not yet reached the target. Society needs to learn from the addition of the 19th Covid case in India that figure is suddenly streaking due to citizens the country off guard apply Prokes .

Regarding the anticipation of a surge in Covid-19, it looks like we need to learn from India, where India is being hit by the second wave of Covid-19. The incident is even described as a tsunami.

Worldometer shows data that the number of positive cases of Covid-19 in India has successfully penetrated up to 15.06 million cases. India is now the country with the second largest Covid-19 case in the world. The position was previously occupied by Brazil, and the first place is still held by the United States (US) with 32.4 million cases.

The explosion of the Covid-19 case in India is allegedly because the people there are so negligent in implementing health protocols. The last few months have seen massive weddings in India. Many people do not wear masks when they leave the house.

In addition, many people also gathered to participate in political campaigns without wearing masks and keeping their distance. Some Indian states do carry out regional elections (pilkad a) such as in the Tamil Nadu region.

Meanwhile, religious rituals are followed by many Indian people. The ritual is a ritual of washing away sins by bathing in the Ganges river. In this ritual, many people do not wear masks and do not keep their distance.

An Urologist at Coimbatore India, Senthil. To say that people in India have become deeply complacent, and act as if the coronavirus has disappeared is absurd.

Currently, India is experiencing a wave of coronavirus infections that is worse than the first and the scale of its spread is getting worse.

Senthil gave an example of the worsening spread in the Tamil Huda area, where it took only 15 days to reach the highest infection rate ever reached by the Indian state, which is putting pressure on hospitals. Even in the state’s other major cities, the hospitals were almost full.

Experts in India say that the spike in cases is likely due to the existence of a new variant of Corona which is more rapidly transmitted. To make matters worse, many Indians no longer worry about the dangers of the virus.

After a religious ritual on the river or Kumbh Mela, and it is carried out within a few days. To multiplication of the participants of this ritual does not apply when the health protocol shared bath in the Ganges, India.

As a result of the tsunami in the Covid-19 case, bodies piled up outside the Indian government hospital, Raipur. This is due to the large number of Corona patients who were unable to survive and eventually died. However, because there were too many of them, it was impossible to be cremated quickly.

Worse, a number of hospitals in India had difficulty getting oxygen supplies so that many Corona patients could not be saved. According to a local politician in the municipality of Vasai Virar, Maharashtra, he made a public plea to help solve the oxygen shortage.

Apart from the supply of oxygen, the number of beds in the hospital to treat Corona patients is also limited. In New Delhi even only have less than 100 beds or beds in all hospitals.

This condition causes many Indians to complain about the lack of beds in hospitals, oxygen cylinders, and medicines .

The bigger worry is that in the last 24 hours, the positivity rate has increased to around 30 percent from the previous 24 percent. Cases are increasing very fast.

Even though so far more than 108 million people have been vaccinated, apparently this is not enough to stop the second wave of Covid-19.

Most experts believe that the emergence of the second wave of Covid-19 in India arose because they felt complacent after the Coro case had dropped dramatically.

From this case, of course we learn that health protocols must still be promoted, even though the prevalence has decreased and the rice vaccine program is running , this is because the status of the Covid-19 pandemic has not ended.