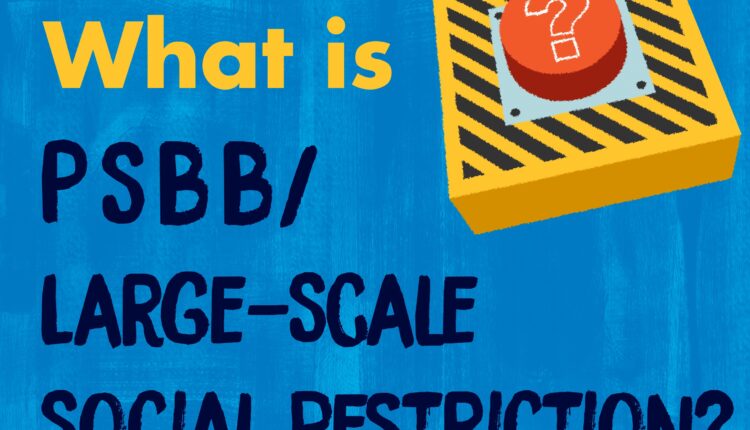 The PSBB Transition period made many people happy because they could move back outside the home. But there is still something wrong and negligent, thinking everything is back to normal, even though it is still a transition. All people are still required to wear masks when leaving the house, even if they only go to the neighbor’s shop and must maintain cleanliness and immunity.

PSBB transition which began since after Eid makes many people feel relieved because they do not have to stay at home. Some public places such as banks, markets, and shopping centers have also been reopened, so that the wheels of the economy run again. The community certainly feels happy because they can shop and walk again.

However, the concessions during the PSBB transition made many victims fall. No less than 1,000 people are infected with the Covid-19 virus every day. Corona patient isolation room at a hospital in Surabaya is almost full. When a patient recovered, a few hours later filled again.

While in a hospital in Kalimantan, co-19 patient care rooms are also full. Because they did not want to reject the patient, the OTG (people without symptoms) who were still waiting for the results of the swab test at the hospital, had to be sent home. They must carry out independent isolation in their homes.

Does this mean the PSBB transition is a mistake? Don’t blame PSBB for the transition, but first see how the community behaves. Because in fact, there are still many who are negligent and do not wear masks or faceshield when outside the home.
If someone wears a mask, it is often removed with stuffy reasons, or only worn when driving. When he arrived at the office he was released. Though it still has to be used because it could be in the office there is someone who brings the seeds of the covid-19 virus.

This mistaken community considers this transition period to be safe, when in fact the corona disease has not left Indonesia. The vaccine hasn’t been found yet. So we should still adhere to health protocols, like diligently washing hands or carrying hand sanitizers when traveling. Keep wearing a mask and keep your distance when in the crowd.

Vice President KH Ma’ruf Amin also deplored the euphoria of the community when facing the PSBB transition. According to him, people should be even more stringent in implementing health protocols. What happen is the contrary. Even when there were officers who came to do the rapid test, they were even expelled. Not to mention there are cases when the corpses of people affected by corona disease were forcibly taken by his family from the Hospital. They do not believe that the deceased died due to co-19 virus attack.

This arbitrary behavior of the public is even dangerous because it is feared that there will be a second wave of co-19 attacks. Even now people who get corona don’t show any symptoms such as fever or shortness of breath, but when doing a swab test, the results are positive. They are called OTG, aka people without symptoms. Apparently the covid-19 virus has evolved to become more violent.

Do not let the situation in Indonesia be like in Wuhan which was hit by a second wave corona attack. When the number of patients increases and the community cannot comply with the health protocol, do you want to be obliged to stay at home again? Or worse, Indonesia could even be locked down because corona patients burst. You certainly answered no.

The PSBB transition period should not be used as an excuse to just cheer up and take off the mask. The euphoria of the people who were too far had taken even more victims, because the number of patients had skyrocketed due to their lack of discipline in complying with health protocols. Keep wearing a mask and obeying rules like when the beginning of the Covid-19 pandemic.

The Success of Covid-19 Treatment of Patients Recovers Increases Sharply