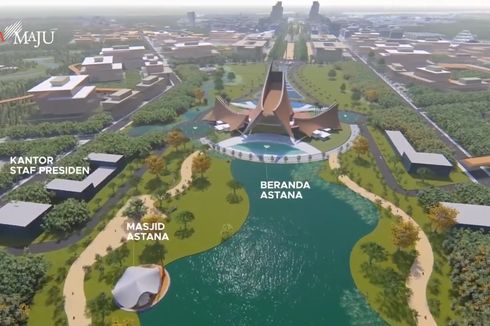 The capital will be moved from Jakarta to Kalimantan. This transfer had become a pros and cons. However, the government ensures that when the capital is moved, it means that there will be equitable development. Because those who will get facilities and infrastructure are not only the people in Java, but also in Kalimantan.

Before the pandemic, there was a discourse that the Indonesian capital would be relocated. From previously in DKI Jakarta, to East Kalimantan. Te patnya in Kutai regency and Penajam Paser Utara. This transfer suddenly became a public concern, because the capital was to be moved, after Indonesia was independent for more than 70 years.

Actually, we shouldn’t be surprised when there is a discourse on moving the capital city. Because actually from the old order era, Bung Karno wanted to move the capital city from Jakarta to Palangkaraya, Central Kalimantan. The reason is because he wants the center of the state government to be in the middle of Indonesia.

The idea of ​​Bung Karno will be realized by President Jokowi. It is hoped that the public will understand that this transfer is not a personal ambition of the president. But an attempt to even out development. When the capital city is in Kalimantan, buildings, bridges and other infrastructure will be built . So that the people of Borneo will experience good facilities.

In addition, relocating the capital city will build Kalimantan to be even better. When the capital is there, more representative schools, courses, etc. will be built. So that children will get better access to education, and there is not much difference between the intelligence of students in Java and Kalimantan.

Another reason for moving the capital city is that DKI Jakarta is already too crowded. The population reaches more than 10 million people, not including nomadic workers who come from Bekasi, Bogor and surrounding areas. Even though the area of ​​Jakarta is only 661.5 KM2. This causes life in Jakarta to become increasingly crowded, and causes traffic jams.

Minister Bambang Brodjonegoro stated that in a year, congestion in Jakarta causes losses of 65 trillion. Losses of this magnitude would certainly make the government dizzy, because the adage time is money really happened. When Jakarta is congested, traders lose money because they are late in delivering fresh food, workers lose because they arrive late to the office and have their wages cut, etc.

Imagine if the capital city is moved, then some workers in Jakarta will also move to Borneo. Especially those with civil servant status and ministry employees. Traffic jams will be significantly reduced, because many of the residents leave Jakarta, which is already cramped and messy. But when there is no relocation, a nightmare will come true because there is too much competition between residents.

When there is a lot of competition, it will affect the social and economic fields. Each trader will compete with each other in order to sell well. When they cannot develop their marketing skills , they can darken their eyes and take a negative path to succeed. It’s really terrible.

In addition, the crime rate will also increase, because unemployment will increase. As in the old song ‘Who Sends to Come Jakarta?’ There have been calls for not looking for work in the capital. However, local residents flocked to come, hoping to find a piece of gold in Jakarta. In fact, they are suffering from being unemployed.

Hopefully the community will understand the relocation of the capital city from Java to Borneo. Because the government really thinks about the welfare of its people. When the capital is moved, Kaliman tan will be more advanced thanks to modernization in the area of ​​Kutai Kartanegara and its surroundings. In addition, development will be more equitable, and not only centered on Jakarta.