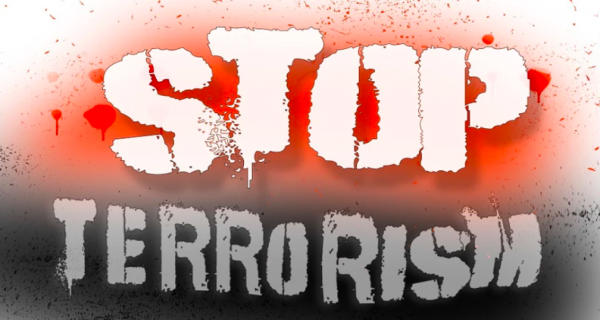 Terrorism is a serious problem that must be faced, ignoring terrorism will of course have an impact on various damages, including the damage to the sense of unity between religious communities in the Republic of Indonesia. The government is also optimally combating terrorism starting from prevention, optimizing the deradicalization program and making a number of arrests.

In March 2021, during a working meeting with the Law Commission of the House of Representatives at the parliament complex. Head of the National Counterterrorism Agency (BNPT) Commissioner General Boy Rafli Amar said last year’s annual report on the Global Terrorism Index put Indonesia in 37th place, which means the medium is affected by terrorism.

In Southeast Asia, Indonesia is still safer from the threat of terrorism than other countries such as the Philippines, Thailand and Myanmar.

This seems to be in line with the results of a survey conducted by BNPT together with Alvara Research and Nazarudin Umar Foundation which stated that the trend of potential radicalism in Indonesia has decreased, from 2017 of 55.2% or it is in the moderate category. In 2019, 38.4% was in the low category and in 2020 it decreased again to 14%, aka the very low category.

This data shows that during the Covid-19 pandemic, the trend of potential terrorism tended to decline. However, he warned of the need to increase vigilance due to the spread of radical understanding in cyberspace.

The United Nations (UN) on July 1, 2020, issued resolution number 532 which asked for an immediate ceasefire in conflict areas in various countries. However, the call for a ceasefire does not apply to military operations against international terrorists, such as ISIS and Al-Qaeda.

Boy Rafli said, the UN exclamation showed the eradication of terrorism at the international level so that it would continue to be carried out during the Covid-19 pandemic .

He also mentioned the guidelines for dealing with the threat of terrorism and violent extremism during the Covid-19 pandemic issued by the UN Counter-Terrorism Directorate. There are two things that are the focus of prevention, namely internal abuse by terrorist groups and the state’s efforts to deal with disappointment in society that can trigger terrorism with the main focus on prevention and a soft approach.

Currently, a shift in the pattern of spreading terrorism from offline media to online media has occurred, so that the BNPT has an increasingly important and complex role in the prevention and countermeasures of terrorism. Moreover, the number of Internet users in Indonesia has increased by 15.5%, this year a total of no less than 202.6 million internet users in Indonesia.

Social media and the internet are quite powerful tools for terrorists in spreading their teachings and ideology. Tito, who is currently the interior minister, gave an example of two women who allegedly tried to attack the mobile brigade mako after the attack.

The woman admitted that she got an understanding of the ideology of terrorists from social media, namely telegram, and then she was indicted indirectly, only through video calls.

Apart from social media, the transportation line is also a risky sector for the going back and forth of terrorists.

To anticipate this, PT Angkasa Pura II (Persero) collaborates with BNPT to improve security aspects at airports in anticipation of acts of terrorism.

The airport is a vital object and the main entrance for the country , of course it will be very important in understanding the potential threat of terrorism and radicalism, including efforts to prevent it.

Through this collaboration, BNPT will provide training for Angkasa Pura II employees to increase preparedness in preventing acts of terror.

Cooperation between institutions is very much needed in an effort to optimize the eradication of terrorism. In addition, the public is also asked to be proactive and alert to content or news that calls for hostility or violence.