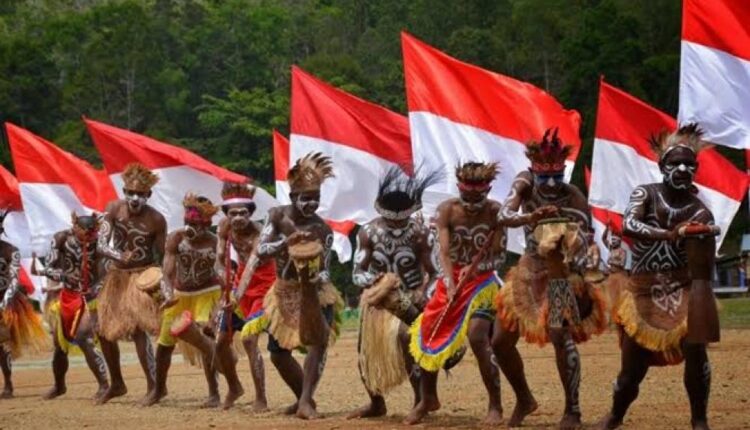 Law enforcement in Papua is attempted by the authorities as fairly as possible. This is intended for the safety of the Papuan people. When there are separatist groups, the search will be completed . The goal is to create peace on the Earth of Paradise.

Indonesia is a country of law, and enforcement applies across regions. In that sense, law enforcement and fair regulations are not only carried out in Jakarta or big cities in Java. But also done in Papua. Because in all provinces in Indonesia, there must be law enforcement, in order to create a sense of security and justice for all the people there.

After being declared a terrorist group, the KKB was continuously hunted down by the Mangkawi Task Force . Why KKB? Because this armed group has injured the Papuan people, both physically and mentally. So that civilians live in shadows of fear because they are constantly threatened by the KKB.

The Nemangkawi Task Force, which consists of a combined TNI and Polri troop, continues to advance to the Ilaga area, Puncak, because this area is prone to conflict and reportedly many KKB members are hiding there. The invasion has been carried out several times and has yielded positive results.

On May 21, 2021, another shootout occurred between the Nemangkawi Task Force and resulted in 1 KKB member being hit by bullet vomit and losing his life. He is known to be a member of the Lekagak Telenggen group. This group is also dangerous, apart from Sabius Walker cs, because they often shoot civilians first.

In this incident, not many KKB members were caught. But this is already an achievement. The reason was that the KKB’s position was getting trapped after one of its bases was discovered by the Nemangkawi Task Force. If more and more members of the Task Force were added, then all members of the KKB led by Lekagak would quickly get caught.

KKB does have several bases to hide from officers chasing. They deliberately hide in the wilderness or hills to be free from arrest. However, they could not be calm because the Nemangkawi Task Force was on fire in eradicating KKB.

When there was the KKB eradication, the people really appreciated it, because they no longer wanted to live under the threat of this separatist group . Civilians are tired of being told to join independent Papua and build the Federal Republic of West Papua. They also do not want to fly the Morning Star flag because they love the Republic of Indonesia.

The community also fully supports law enforcement against KKB members, because it is a criminal act. KKB has gone beyond its limits by burning the school building and killing 2 teachers. Thus committing premeditated murder and destruction of public facilities. If caught, they can receive a maximum sentence of life.

Indeed, law enforcement against the KKB must be done as a deterrent effect, so that their members who have not been caught will think about attacking the authorities or frightening the population again. Because currently the apparatus is very strict and has taken firm, measured action against KKB members, so that they no longer cause trouble on the Earth of Cendrawasih.

The community fully supports the officials who take decisive and measured actions, because this is not a violation of human rights. This is the most effective way to prevent them from disturbing peace in Papua. This is the last resort, because they cannot be properly discussed.

Law enforcement in Papua must be carried out fairly. The goal is that there are no more parties who disrupt the harmony on the Earth of Paradise, including separatist groups. The KKB must be completely eradicated and its bases are always raided by the Nemangkawi Task Force, so that they no longer cause chaos in Papua.