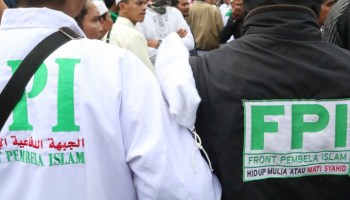 The accounts belonging to FPI and its affiliates were investigated by PPATK, as a form of tracing in order to find out who was the funder of the banned mass organization. Although it is not yet known who the human being is, the people are still patiently waiting. They believe in the cooperation between the National Police, the PPATK and other parties to investigate this case.

A total of 92 accounts belonging to high-ranking officials and FPI members, including Rizieq Shihab’s family, were frozen by the government. This blocking was carried out to prevent Neo FPI from being reborn, because this mass organization has been declared banned. So that according to Indonesian law, the account can be frozen.

After being blocked, there will be further investigation regarding the inflow and outflow of funds in these accounts. Although Munarman , the former FPI executive officer, protested that his account was blocked, he could do nothing and obey the laws in Indonesia. Moreover, this account suspension is not forever, so we are afraid the money will be lost.

More in-depth investigations were carried out on these 92 accounts. Because if it is detected who often gives money to FPI, it will prove to be the mastermind behind the radicalism of the mass organization. He could have ordered the FPI to carry out various riots in Indonesia. The goal is to form a khilafiyah state and eliminate Pancasila.

For the perception of this case, then the case, conducted by the police in cooperation with INTRAC and Densu s 88. The involvement of Detachment 88 here, because there are members of the FPI are involved in terrorism. So that if the tracing of the 92 accounts of FPI and its affiliates has been completed, it can be linked to whether there are outsiders who want to spread terrorism in Indonesia.

Me Ngapa outside parties? Because after being traced by PPATK, there was a flow of funds that went into and out of foreign accounts. Even though the FPI denied and said that the money was for donations, why did they go abroad? So after that it is further examined whether there is a disbursement of funds from foreign accounts.

Meanwhile, the case title shows the flow of funds from outside, namely those related to JI. The sender was Tazneen , an international citizen who was the wife of terrorists. This finding further strengthens the evidence that FPI is a radical and terrorist organization. So that the community’s guess really happened.

The tracing of accounts has not yet been completed, because there are 92 that were examined one by one by PPATK. He was appointed because he was the institution that had the right to do it, and was always ready to cooperate with the police. Because he wanted this case to be resolved immediately, so that the public would know all the flow of funds in and out of these accounts.

The community is waiting for the results of the investigation into this case . Because in the case of the FPI account, it is no joke, it has already entered the realm of money laundering and terrorism. They are sure that the police and all parties will do their best. So that there is evidence and witnesses, and other FPI administrators will find out whether they are also involved in international terrorism networks.

The community supports the investigation of cases on accounts belonging to FPI administrators and their affiliates. Because they do not want FPI to rise again and go around on their own, when their accounts are not blocked. Tracing the flow of funds in these accounts will be carried out with great care, in order to reveal who is the real mastermind of terrorism and radicalism.