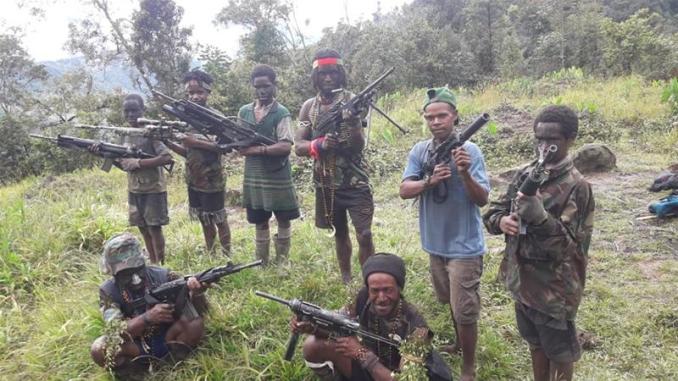 The Central Government through the Coordinating Minister for Political, Legal and Security Affairs (Menko Polhukam) Mahfud Md has changed the designation of the Papuan armed criminal group (KKB) into a terrorist group.

Deputy V of the Presidential Staff Office, Jaleswari Pramodhawardani, said the decision to designate an armed criminal group (KKB) or KKB Papua as a terrorist organization had been made with careful consideration. As defined in Law no. 5 of 2018 concerning Eradication of Criminal Acts of Terrorism.

According to Jaleswari, the mention of KKB as a terrorist organization/individual was taken with careful consideration, taking into account input and analysis from various parties, both inside and outside the government, based on the facts of brutal and massive acts of violence in Papua Province over the last few years. targeting civil society and the apparatus, which was carried out by the KKB.

The change in designation was made as a response to the government in resolving the conflict in Papua. Of course, with these changes, the steps and actions taken in eradicating KKB in Papua can be measured so that they do not cause many victims.

The mention of KKB as a terrorist organization/individual is also intended to streamline law enforcement actions by the government against KKB to ensure that all law enforcement instruments regulated in Law No. 5 of 2018 can be maximized.

However, behind the goal of effective handling of Papua, these changes will also lead to several consequences, including: spearheading the handling, specific classification/mention of Papuan terrorist groups and the impact of later arrests on the capacity and availability of prisons.

This consequence was explained by terrorism and intelligence observer Ridlwan Habib that there were three consequences after an armed criminal group changed and was determined to be a terrorist.

First, the spearhead of the handling is the Police, in this case Densus 88, and the perpetrators are punished using Law 5 of 2018. The Police can ask the TNI for assistance, even the TNI special forces in law enforcement operations against terrorism, but there needs to be a Presidential Decree on the TNI to tackle terrorism as a legal umbrella. and could soon be signed by President Jokowi.

Second, the specific mention of terrorism groups in Papua must be based on their leadership. Don’t let Ridlwan’s words wrongly refer to a Papuan terrorist group because it will anger other Papuans who don’t support it.

Ridlwan added that the third consequence was that Densus 88 could arrest anyone who agreed to, or supported armed actions in Papua. Including those who support on social media. “For example, Veronika Koman, who has been supporting the KKB on Twitter, can be arrested on suspicion of terrorism in accordance with Law 5 of 2018,” said Ridlwan.

The arrests can also be made for pro KKB activists who are in cities outside Papua. For example, in Yogya, in Surabaya, if there are indications that the group supports the KKB, it can now be punished by the terrorism law.

Thus, it is necessary to think about the massive number of arrests, including the prison capacity that will be used later.

In the author’s opinion, in addition to the consequences mentioned above, there are potential issues that will be played by pro-Papuan independence groups later, namely the issue of human rights violations. Even so far, ULMWP as a pro-Papuan separatist organization has always played this issue in international forums. To that end, the Government is preparing a comprehensive operating framework, which strictly observes human rights principles.

According to Jaleswari, the main interest is to restore security and stop the terror that has been increasing and continues in the community lately, as well as continuing to prioritize solving the problems of Papua Province with a welfare approach, for example, with the issuance of Presidential Instruction No. 9 of 2020.