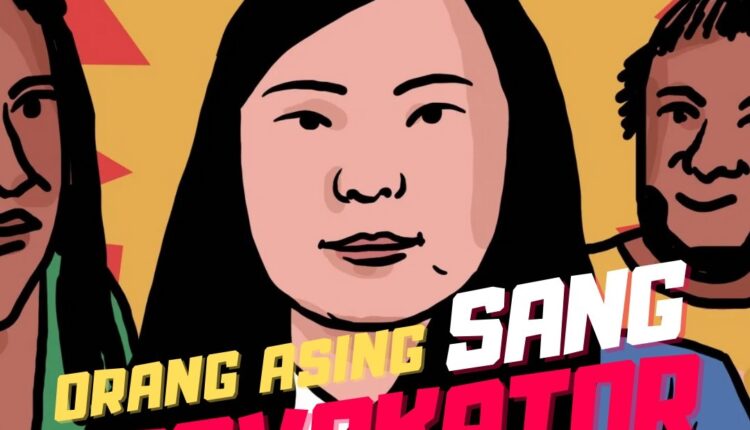 It is common knowledge that foreign interests have intervened in various conflicts in Papa, and support for separatist groups is no exception. The community and the government are asked to continue to work together in order to maintain the sovereignty of the Republic of Indonesia in Papua.

Until now, gunfights are still happening in Papua, as reported by CNN Indonesia, gunfights continue to occur between TNI-Polri officers and the Armed Criminal Group (KKB) in Papua. On Friday, May 21, 2021, one person from the KKB terrorist was killed during a gun battle in Makki Village, Ilaga, Puncak Regency, Papua.

One KKB who died was a member of the KKB led by Lekagak Telenggen. Even so, no one has been able to detail the chronology of the clashes, including the Head of Kogabwilhan III Colonel Czi IGN Suristiawa and the Head of the Nemangkawi Public Relations Task Force Kombes Iqbal Alqudusy who can only confirm the incident.

The attack that was carried out by the Papuan KKB recently was allegedly due to the extension of the Papua Special Autonomy policy. This was revealed by the POLRI through the Assistant Chief of the National Police for Operations (Asops), Inspector General (Irjen) Imam Sugianto. The Papuan independence fighter separatist group began to be disturbed by the government’s Special Autonomy policy.

“Yesterday there was an increase in the escalation of events, because this is indeed close to the implementation of Otsus,” said Imam
Imam said that KKB strongly rejected Otsus because KKB did not want to follow the policies launched by the government, especially related to development in the Papua region at this time. This then, continued Imam, made the KKB start carrying out unexpected movements in several areas that were not monitored by the authorities.

“They (KKB) now, if there is Otsus, right, the distribution patterns of the Otsus funds will be made so that they are right on target with community development in Papua. They are disturbed, “explained Imam.
This statement is very based, because since 2020 the issue of the extension of Special Autonomy has been rolling, The United Liberation Movement for West Papua (ULMWP) has announced the formation of the Provisional Government of West Papua.

In ABC media reports, the formation of an interim government in the meantime aims to mobilize the people of West Papua, which includes the provinces of Papua and West Papua, to realize a referendum on independence.