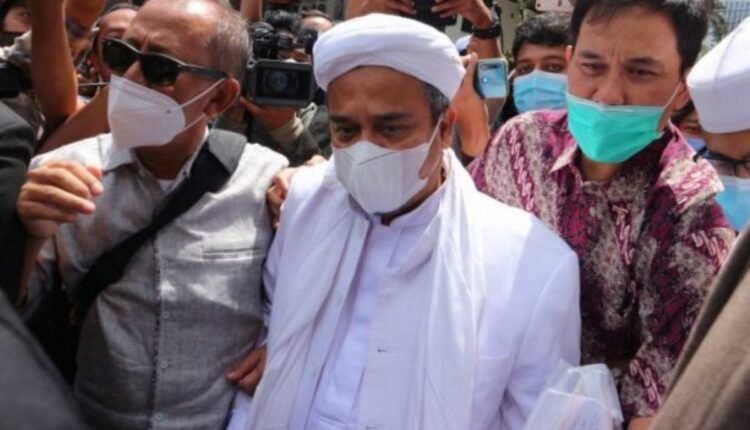 Rizieq Shihab is still undergoing legal proceedings as a result of his actions against several regulations, such as refusing to self-quarantine, inviting masses, and falsifying the results of the swab test. His trial is still long because he is caught in multiple articles. The community supports the continuation of Rizieq’s legal process, so that he will really give up and he will no longer cause chaos in Indonesia.

Former FPI leader Rizieq Shihab has always been in the public spotlight. Unfortunately not because of the pressure, but the case. After returning from abroad, he stepped on the gas and gave a lecture, and threw a party that invited 10,000 people. His behavior certainly violated health protocols, so that he became entangled in the article in the Quarantine Law.

As a result of his actions, Rizieq could face a minimum sentence of 6 years in prison. He could not escape and argued that he had already paid a fine of 50 million rupiah after holding the party. But his case continued because he was proven to have infected 80 people with whom he had contact. Also falsified the results of a swab test while being treated at a private hospital in Bogor.

A number of masses who joined the People’s Alliance for Guarding the Dignity of the Nation held a peaceful demonstration in front of Polda Metro Jaya. They consisted of about 30 people carrying banners and expressed their support to the authorities, to continue Rizie Shihab’s legal process.

One of the orators of the alliance stated that we should not divide and destroy the peace. In that sense, Rizieq Shihab was considered an enemy and was rightly put in jail. Because he and his organization have never offered peace, they have divided many parties and disturbed the sovereignty of the country.

The support from the people’s representatives shows that the people are actually very embarrassed by Rizieq Shihab’s behavior. As a public figure, he has failed to maintain his own name, often being caught mocking others. His words and behavior were just as harsh, and were unlucky to be copied by other FPI members .

Therefore, Rizieq Shihab’s legal process must be continued. The goal is that he really gives up and does not repeat his evil deeds. There is no story that Rizie’s fans came and begged him to be released and the fans were jailed instead. Or a mass consisting of mothers, begging for Rizieq to be released from prison.

How can they ask Rizieq to be released just like that? Are they really legally blind? If someone is guilty, of course they must be held accountable for their actions in jail. With the condition, it must go through a court process. Meanwhile, Rizieq has already passed the procedure. So there were no violations of the law committed by the authorities, as they were accused of.

Moreover, the case that strangled Rizieq was not only the case of crowds at Soekarno-Hatta Airport, Petamburan, and Megamendung-Bogor. But also the case of quarantine because he refused to be self-isolated, even though he had traveled from abroad. Also falsification of swab test results which resulted in dozens of people getting corona and making tracing difficult .

Rizieq’s legal process must be continued, because as an Indonesian citizen he must obey the law. If he doesn’t want to be jailed, then no offense is allowed. Isn’t that the rule? However, Rizieq just went off on his own and thought that the authorities were doing him something wrong. Even though they only carry out their duties in the field.

We will wait if Rizieq still has an argument and attacks the panel of judges while in court. If he continues to ridicule the respectable judge, he could be subject to an article for insulting the court. In this way, the articles that get around him will increase.

The Rizieq Shihab case cannot just be stopped. First, his exception was rejected by the judge at the district court. Second, Rizieq must be held accountable for his actions for making a new corona cluster and violating health protocols. He must be willing to be imprisoned in order to realize his mistakes.

Special Autonomy for the Development and Welfare of the Papuan People