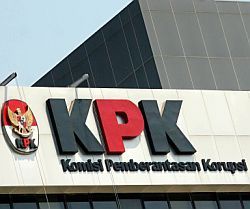 Commission on Combating Corruption or the Commission will induct 1,271 employees become Apparatus Civil State (ASN) on the date of 1 June 2021 to come . Those who will soon be upgraded status becomes ASN , no need to doubt anymore as a servant of the state who have integrity , nationality and of course loyal to Pancasila and the 1945 Constitution terse b ut for 1,271 employees of these , already meet the requirements Tests Wawassan Nationality (TWK).

P e devices Commission which will be inducted into the ASN is an employee who has escaped Test Insights K ebangsaan (TWK) . Meanwhile, from 75 employees who do not meet the requirements of graduation TWK, 24 people will follow p Education official insight of nationality and the remaining 51 dismissed with respect .

According to Deputy Chairman of KPK Alexander Marwata , that of the 1,351 employees of the Commission which follows the test to be appointed into the ASN , two people are not present when the interview TWK. Of the 1,274 employees of the Commission who have meet the requirements , one person resigned themselves , a dead world , and one turns from the aspect of education is not m e filled the requirement , sehingg a which will be inducted amount to 1,271 people.

KPK is transparently explained the results of the meeting of coordination along Kemenpan -RB and Agency Personnel State related 75 employees who do not lol os tests insight nationality (TWK), where there are 51 employees who had to be dismissed because it rated not be able to follow the mop atihan and development of advanced , based on assessment of assessors .

Pros and cons were then occur associated dismissal with respect to the 51 votes of 75 members of the Commission who did not pass the test Insights ethnicity .

Indonesia Corruption Watch (ICW) called the leaders of the Commission which is chaired Firli Bahuri together Kemenpan RB, and BKN, and stakeholders Kepen tingan others have violated Law U ndang . IC W researcher , Kurnia Ramadhana, considered that the dismissal of 51 KPK employees violated the KPK Law . The ICW then planned to write to the National Police Chief to withdraw KPK Chairman Firli Bahuri .

The attitude of the ICW are rated violate the law system countries . Expert Law Rules of the State University of Padjadjaran ( Unpad ) Indra Perwira said that the actions of ICW actually violated Law No. 19 Year 2020 on KPK. Indra even mention that ICW inconsequential because p impinan Commission chosen by the House of Representatives by a candidate who was proposed by the President , who previously had through the Committee of Selection ( selection committee ) elections .

The leadership of the KPK is directly elected by the DPR based on the President’s recommendation , and has gone through an open proper test . By because it w ewenang Kapolri not be able to reach the Commission which is an agency of government that is different .

Previously , responding to diverse polemics employees KPK that appears , President Jokowi lift speak . In his statement, the President emphasized that the KPK must have the best employees and be highly committed to the mission of eradicating corruption . The transfer of the status of a KPK employee to the State Civil Apparatus (ASN) must be part of a systematic effort to eradicate corruption . The President also asked for results TWK should be entered late to step repair KPK.

The attitude of the president as commander of the highest in the country is bringing winds cool in the opinion of the pros and cons of the observers who analyzed the polemic it. Statement of the President asserted if the country ‘s commitment to the eradication of corruption and supporting institutions antirasuah to be more professional .

To become a record together , Test Insight Nationality also is one of the efforts to prevent radicalism and intolerance . I ntoleransi and radicalism is very dangerous because it can destroy the basis of the Indonesian state.

For ASN, they should show love to the Homeland and uphold high ideological State, namely Pancasila . Sedanngkan s sa employees ASN Commission, must demonstrate integrity , professionalism and performance are good in doing his duty to eradicate corruption in Indonesia.