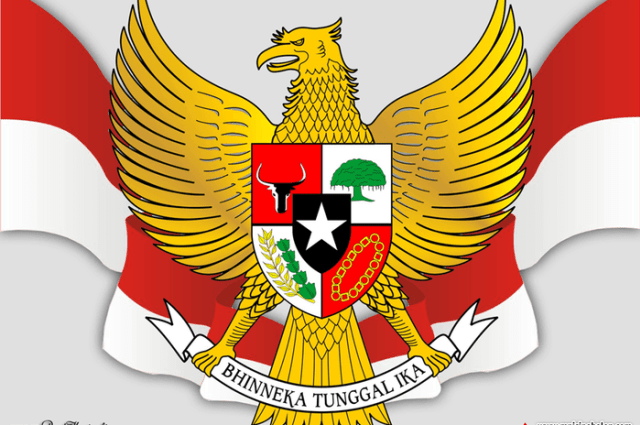 In the history of the nation of Indonesia, understand transnational often threaten the value- the value of the ideology of Pancasila as radicalism religion, liberalism and communism . In an effort to ward off transnational understanding , appreciation of the values ​​of Pancasila needs to be instilled and applied in national life .

Based on the Decree of the President Number 24 Year 2016, President Jokowi has set 1 June as the Day of Birth of Pancasila. Pancasila has become the choice and agreement of the founders of the state as the ideology and philosophy of life of the plural Indonesian nation . Resilience ideology of Pancasila tested back when the world entered the era of globalization where many ideologies transnational permeate into the whole joints of the nation through the media information .

S Elain communism and liberalism , challenge others who faced the nation Indonesia comes from understanding the transnational radical ism religion . Simply put , this understanding is more oriented to the political ideological aspect than the spiritual- theological aspect . Radical ism religion represented by a group of radical extremes always propagate the establishment of the state of Islam ( daulah Islamiyya ) based system caliphate . The groups that carry it are a number of Islamic organizations such as Jamaah Islamiyyah , Hizbut Tahrir and ISIS .

Former Convicts Terrorist ( Napiter ) Haris Amir Falah said s ne of the factors that threaten the sovereignty of the Republic of Indonesia is the emergence understand radicalism religion . Given lately is understood radicalism is a blatant form kelompo k and is located in the middle of society . The emergence of radicalism d natural forms of thought and action in fact already exist far before Indonesia ‘s independence . However , the more the group radicalism shifting movements increasingly open . They do da’wah in the JAD, JAT, MMI and other groups .

P AHAM radicalism religion fosters social organizations Islam t ransnasional which would threaten the diversity of Indonesia. The threat is coming not as physical but ideologue i transnational . Pancasila as the ideology and foundation of our country will be eroded by transnational ideologies of religious radicalism .

The need for national vigilance against the entry of transnational notions of religious radicalism . If not anticipated then the public will tend to follow the flow of understand that . S edangkan ideology of indigenous peoples Indonesia itself namely Pancasila will be forgotten either its values and its implementation in life everyday .

Vice Chairman of the People’s Consultative Assembly of Indonesia Ahmad Basarah , menga Takan that to fight the ideology of transnational that time is growing in Indonesia needed work concretely in all fields , ranging from the fields of politics , economics , social , to the field of culture . J ika nation Indonesia are good at keeping the memory of them about the history of the nation , in fact there is no reason other for them to run out of Pancasila as an ideology of the nation .

Article 27 paragraph (3) of the 1945 Constitution has mandated that every citizen the country is entitled and obliged to participate as well as the efforts of the defense of the country . The defense states at paragraph it has a meaning that is very broad , is not always associated with the efforts of war lift arms , but also with all the effort that is able to sustain and maintain the ideology of Pancasila. .

The whole element is expected to commit to maintain Pancasila of threat p AHAM transnational are entered in the state this . Ideas that are contrary to the ideology of Pancasila must be immediately removed for the sake of upholding the Unitary State of the Republic of Indonesia (NKRI). In addition to the required action apparent that done by every citizen the country to support the integrity of the Unitary Republic of Indonesia with a variety of efforts that can be done .