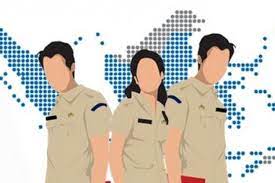 The Fictional ASN Case Has Been Resolved
By: Lisa Pamungkas) *
The case of the Fictitious Civil Servant (ASN) is an old case that has now been resolved. This effort is the Government’s quick response to anticipating deepening state losses.
Recently, Indonesia has been excited by the information regarding 97 thousand fictitious Civil Servants (PNS). This seems to have been corrected by Tjahjo Kumolo as Minister of State Apparatus Empowerment and Bureaucratic Reform, he clarified that the information related to the loss of salaries for 97 thousand fictitious civil servants is an old case and has been resolved.
He explained that the fictitious PNS data was known and found in 2015 when the PNS data was being re-collected. Then in 2016, the data has been tidied up so that no more fictitious civil servants receive salaries and pensions.
Through a written statement, Tjahjo said that the fictitious PNS case was an old case in 2015 which reappeared when the PNS data collection was held (PUPNS). Where the data collection was completed in 2016.
Previously, Bima Haria Wibisana as Head of the State Civil Service Agency (BKN) said that there was a need for updating of civil servant data. Bima then said that previously there was data showing 97 thousand fictitious civil servants who still received salaries and pensions.
Since Indonesia’s independence, Bima said that civil servant data has only been updated twice, namely in 2002 and 2014. Therefore, it is necessary to update ASN data regularly to avoid fictitious civil servant salaries.
According to him, the findings were based on re-data collection of independent civil servants via electronic, at that time. Data collection is not carried out by the civil service bureau and human resource development agencies concerned or civil service, education and training agencies in the regions.
Acting (plt) Head of the Bureau of Public Relations, Law and Cooperation of the State Civil Service Agency, Paryono, said that the obligation to update this data starts from July to October 2021. According to Paryono, every ASN and non-ASN High Leadership Officials need to update the data. and personal history via online access to the MySAPK mobile based application or website.
Paryono also said that one of the problems with not updating civil servant data was due to constraints on access to information or unequal access, especially in remote areas.
He said that the initial mistake was with his employees. However, the agency should reprimand employees who have not updated the data.
BKN has also found other causes, such as deteriorating health conditions of employees or illness and some others are traveling between regions. It is also not possible to update.
In addition, agencies should also understand if there are employees who have not updated the data. The reason is, the data submission is carried out collectively from the agencies to the BKN. Data submitted to BKN with the total employees of an agency will definitely be caught if it is not the same.
On the other hand, the 97,000 mysterious data on civil servants is data that follows the Electronic Data Collection of Civil Servants (ePUPNS). That is because, in 2014 BKN had held a PUPNS, but not to an optimal level.
Paryono said the employee could still receive a salary even though it was declared fictitious. However, it was emphasized that the mistake was not in BKN.
In addition, the data for the 97 thousand fictitious civil servants cannot develop. If they do not retire, these civil servants cannot be transferred.
He also said that if they are about to enter retirement or transfer, these civil servants must update their data. If not, then they will still be declared fictitious.
On a different occasion, Deputy Chairperson of Commission III Ahmad Sahroni has asked the Police to cooperate with the State Civil Service Agency (BKN) to reveal the findings of 97,000 civil servant data that are suspected of being fictitious.
Sahroni emphasized that the police also need to make serious investments to trace where state money has gone.
On the legal system side, updating data in Indonesia is considered to be experiencing a legal vacuum. In other words, there is no regulation that specifically regulates the PNS data updating scheme or the authorized institutions that manage the data.
If this is an old problem, of course this should be addressed and resolved systematically, especially since there are many young people who want to become civil servants, so we should support the efforts of BKN and MenPAN-RB to be able to overcome this problem.