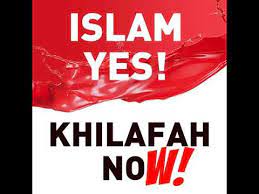 By: Fandi Aldebaran) *
The idea of ​​the caliphate that entered Indonesia at the end of 1998 made people uneasy. The reason is, they are in conflict with Pancasila. This means that they can be considered as separatists, because they reject the basis of the state and do not want to understand the differences in Indonesia.
After the collapse of the New Order, there is an understanding that unfortunately has succeeded in infiltrating this country, namely the Caliphate. He was brought by a mass organization (which has now been dissolved by the government), and has the principle that a country must be led by a caliph, not a president. The public is of course shocked because this understanding is like dragging Indonesia into a kingdom era, but with Middle Eastern nuances.
In many countries in the Middle East it is different from Indonesia, when the leader is called a caliphate and is a religious country. Meanwhile in our country, the population is also religious, but there are 6 religions recognized by the government, and it is not fixed to 1 rule in 1 belief. Different countries have different regulations, and this is what the Khilafah group does not understand.
When a mass organization touts the idea of ​​the caliphate as the best solution for Indonesia, the community is awake. The reason is because they are against the principle of Pancasila, namely the unity of Indonesia. How can NKRI be united, when there is only one recognized group, while other groups are forced to obey? How unfair.
The principle of a caliphate state is rejected out of hand because they often do not tolerate differences in Indonesia. Though differences are beautiful and we can learn from them. The Khilafah was clearly unsuitable in Indonesia, as it often imposed itself and overhauled the rules that had been painstakingly drawn up by the advocates and officials in the Old Order era.
Pluralism and unity in diversity are more suitable in the Republic of Indonesia, because this country consists of many tribes, races, groups and religions. The proof is, so far we have been able to get along and respect each other’s differences. No more riots between residents, because everyone understands each other and understands each other.
In contrast to the principle of the caliphate, where the rules are enforced only from one party. When there is no tolerance, how can society live in safety and happiness? In fact, they can be traumatized for fear of breaking the rules enforced by the khilafah group.
Moreover, in other countries with a caliphate principle, the rules vary. Some became kingdoms, while others became republics. This shows that the Khilafah is enforced differently, depending on the nature and type of the people. Meanwhile, Indonesian citizens are clearly incompatible with the principle of the caliphate. Because when you become a kingdom, it is the same as going back 75 years.
Apart from that, the principle of the caliphate was also rejected because their leaders insisted that democracy was haram. How can democracy be haram, when in fact democracy really upholds the principle of justice? They should have studied politics first, before judging and talking nonsense.
Organizations that insist on establishing a caliphate state have been dissolved by the government. They cannot operate in Indonesia, either openly or secretly. Do not let this mass organization revive, because it will disturb the pluralist NKRI community.
The community also rejects these mass organizations because they tend to prioritize their own groups and do not want to see differences in Indonesia. It’s good when they disband, because it often frightens the public. Because they cannot tolerate and respect other groups.
The principle of the caliphate is not suitable in Indonesia because the society is pluralist. While the caliphate is only suitable for people consisting of 1 ethnic group and beliefs. Groups that carry the concept of the Caliphate must be eradicated, because they oppose Pancasila and have the principle that democracy is haraam ..

) * The author is a contributor to Pertiwi institute