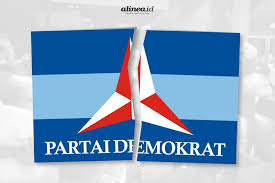 The Government Cannot Intervene in the Internal Affairs of Political Parties

In his tweet on Twitter, the Coordinating Minister for Political , Legal and Security Affairs Mahfud MD, through his account @mohmahfudmd, said that “since the Megawati era, SBY to Jokowi, the government has never banned the KLB or Munaslub which are considered a splinter because they respect the independence of political parties. The risk is that the government is accused of washing hands. But if you prohibit or encourage it, you can be accused of intervening, dividing and so on.

Mahfud assessed that the Democrat Party KLB case was registered with the Ministry of Law and Human Rights . Therefore, his party will legally research it.

Mahfud compared this with the PKB National Conference which occurred during the leadership era of President Megawati Soekarnoputri and President Susilo Bambang Yudhoyono. He said Megawati and SBY also did not disband the event.

Regarding the implementation of the KLB, Mahfud said that according to Law Number 9 of 1998, the government could not prohibit or encourage activities on behalf of Democratic Party cadres in Deli Serdang.

He then compared the attitude of Megawati Soekarnoputri’s government when Matori Abdul Jalil took Gus Dur’s National Awakening Party (PKB) . Matori later lost in court in 2003. At that time, Megawati did not legally prohibit or encourage because she considered it an internal problem of PKB.

Mahfud said, since the era of Megawati, SBY to Jokowi, the government has never banned the KLB or extraordinary munas which are considered a splinter because they respect the independence of political parties. The risk is that the government is accused of washing hands, but if it prohibits or encourages it, it can be accused of divisive intervention.

On a different occasion, General Chairperson of A rus Bawah Jokowi (ABJ) Michael Umbas said that Preisden would not interfere, and fully understood that this was an internal issue.

Michael said, from the start there seemed to be an attempt to get Jokowi involved in the PD polemic. For example, only because Moeldoko is the presidential chief of staff.

Since the beginning, there have been attempts to attract Pak Jokowi to enter into the chaos of the Democratic Party. Don’t just because Moeldoko is the president’s chief of staff, then it looks as if Jo Kowi was involved.

He also revealed that PD General Chairman Agus Harimurti Yudhoyono (AHY) had sent a letter to President Jokowi in early February 2021. The contents of the letter were about the news of Moeldoko’s involvement in taking over the leadership of the Democratic Party. The letter did not get a response from President Jokowi either.

Michael said that Jokowi already Sagat proportional. There may be no order or any form to ask Moeldoko to take over the Democratic Party under AHY’s leadership.

According to Michael, Jokowi will not deny himself as a figure who wants democracy in Indonesia to be more advanced.

On a different occasion, an academic at the University of Indonesia ( UI) Ade Armando considered that President Jokowi was not involved in anything, or he was clean from the Democrat KLB.

In the canal youtubnya CokroTv , Ade Armando assess although Moeldoko involved in the outbreak of the Democratic Party, but President Jokowi certainly did not interfere because he did not get any benefit from the actions of the Democratic coup.

Of course, internal political party problems do not need to be brought up to the president, but must be resolved internally without dragging the name of the government .

) * The author is a contributor Lingkart P ers and Students Cikini